Here Today Because of a Whipple Procedure

Rick Lenert had a Whipple procedure for stage I pancreatic cancer, followed by many complications, but he's here 18 years later enjoying life.

I was diagnosed with pancreatic cancer in early February 1996 after experiencing severe abdominal pain.

I was also very jaundiced at that time, so much that a friend from work took me to the hospital. The doctor there ordered a CT scan, which revealed a tumor in my pancreas. I was admitted to St. Joseph Hospital (Orange, California), where I had a biopsy. The pathology report confirmed I had stage I pancreatic cancer. I was scheduled for a Whipple procedure on February 17th with Dr. Brian Palafox.

Time for the Whipple

I had been told of the risks of the surgery and my chances of living, so the night before the surgery I got cold feet. I got dressed and tried to walk home. I didn’t get very far before I turned around and went back to the hospital. The people at the hospital asked me a bunch of questions (did you have anything to eat or drink) and then took me up to my room. They also took my clothes so I couldn’t try to leave again.

I had the Whipple the next morning and was sent to the ICU. I had problems soon after and the next week I was in surgery again. A week later I had more problems and went for another surgery. I had two ostomy bags put in during one of the surgeries, with Penrose tubes placed to keep the wound open. One of the tubes wiggled its way through the scar tissue and I ended up with three ostomy bags. I was in the ICU for six weeks, and the whole time I was on morphine. I spent another six weeks in the oncology ward. After that I spent another month at a convalescent hospital for rehabilitation.

During all this I was on total parenteral nutrition (TPN) for food; I could not have anything to eat or drink. I went from 160 lbs. to 91 lbs. This was because the surgeries had resulted in some leaks throughout my digestive tract that hadn’t yet closed.

I had CT scans about every week during my time in the hospital. The doctors did not put me on chemo or radiation because they said I was too weak. And by that time, nothing was showing up on any of the tests.

In October 1996 I went to outpatient services and had another port put in my back because I continued to have many infections. The nurse that was assisting the doctors said to me, “I remember you from ICU, you hit me in the mouth!” I apologized to her and she said, “I understand, you were fighting for your life.”

As my body recovered, I had difficulty figuring out what I could and couldn’t eat; in fact, I still have times when I’ll eat something and it doesn’t agree with me. But perhaps the most difficult aspect of my recovery was learning how to manage the ostomy bag.

In August 1997 I went in for a final surgery to stop internal leaks and got rid of the ostomy bags and finally started eating solid food. I was up and walking the hallway a couple of hours after recovery.

I thanked all the doctors and nurses for all they did to keep me going through all the tough times, for both me and them.

I moved to Montana 18 years ago, because there is so much fishing.

My best advice to you is to take each day as it comes, stay positive and keep fighting. 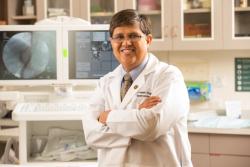 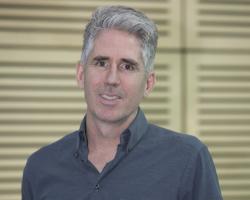 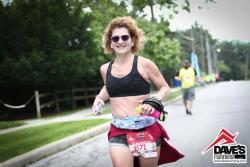 Changing My Life for the Better