Hope on the Horizon: Increasing Amounts of Targeted Therapies for NSCLC

Andrew Ciupek: It’s an exciting time for non-small cell lung cancer. We have a number of different therapeutic options. They fall into three main categories. The first is chemotherapy combinations, but we’ve also seen approval of immunotherapies, which are just drugs that help the immune system recognize and fight back against the cancer.

We’ve also seen a lot of targeted therapies, which are drugs that are directed toward specific mutations or changes that the cancer may have. Under all of these, we’ve seen a lot of approvals. I like to say in the past 10 years, we’ve seen more approvals for non-small cell lung cancer than we’ve seen in 30 years before that. I think it’s a really exciting time.

Andrew Ciupek: It’s become almost an essential part of non-small cell lung cancer treatment. The reason being, is because of the approval of targeted therapies that we’ve seen. Targeted therapies are drugs that are designed to attack cancer cells that have a specific mutation or change, but to know which targeted therapy drugs will be an option, we first need to know if you have one of those mutations or changes.

That is where biomarker testing comes into play. The doctor can do a test on your tumor and find out if you have mutations or changes, and if they match a targeted therapy, you can be started on that.

That’s really important because a lot of the research we have around targeted therapies shows that if you have a mutation or change that matches a targeted therapy, that is really a better therapeutic option for you in many cases then even things like immunotherapy or chemotherapy. So, without molecular testing you may not be able to know whether you are receiving a treatment that may really work for you. So, we tell everyone it is really important to have that conversation and make sure you’ve gotten biomarker testing.

Kristie L. Kahl: If you were already diagnosed, should you have your tumor tested?

Andrew Ciupek: We can do biomarker testing in multiple ways. A lot of biomarker testing is done on biopsy tumor tissue, but actually, testing can be done with the blood now. They call it a liquid biopsy, or blood-based testing. It can help patients who have been diagnosed or maybe have started their treatment because, sometimes a second biopsy is hard to do or it’s not feasible, so blood-based testing can be done at any time during treatment.

In fact, there is a case, even if you have not received molecular testing at diagnosis or you have already had testing before, getting to test again, particularly if you are on a therapeutic option that maybe isn’t working as well for you anymore. Sometimes the cancer can change, and new changes or mutations can appear, especially when a therapy no longer seems to be working. It’s not just a one-and-done kind of thing. You always want to be talking about whether there is a case of getting testing again could be good. It can always inform your treatment decisions throughout.

Kristie L. Kahl: Can you give some examples of biomarkers and their targeted therapies?

Andrew Ciupek: There are several right now. There are a couple of main mutations, which we have approved targeted therapies for in cancer. Some examples are EGFR, ALK, ROS1 and BRAF. I’ll take the example of EGFR. If you do biomarker testing and your doctor finds out you have an EGFR mutation in your tumor, you can actually be started on a targeted therapy called Tagrisso (osimertinib). What we find is that Tagrisso actually is a better therapeutic option than a lot of other things, if you have an EGFR mutation. It actually does better than immunotherapy for patients with an EGFR mutation. So, knowing that can really put you into a better therapeutic path.

Kristie L. Kahl: Are there any clinical trials that patients should know about?

Andrew Ciupek: There are two cases that clinical trials that will become important for lung cancer patients. One, is that sometimes unfortunately if you’re on a drug like Tagrisso, or another targeted therapy for a mutation, it may work for a while, for many patients quite a long time, but unfortunately the cancer may start to grow again or the drug may not be working as well.

The second is, there are only a few mutations or changes that we have an approved targeted therapy for, but there are many mutations that can occur in a non-small cell lung cancer tumor. Actually, there are a lot of active clinical trials looking for targeted therapies for mutations that we don’t currently have an approved (drug) yet. When you get biomarker testing and the results come back, there may be a change that we don’t currently have an (approved) therapy for, but may point you to a clinical trial for a therapy that is in development. I think really targeted therapy trials can be important for all non-small cell lung cancer patients.

Kristie L. Kahl: Should patients be asking for biomarker testing and follow-up about clinical trials?

So, it’s important to check with them to make sure they’ve received them and have them explained to you. That way, when you go to have that discussion of treatment options, you have all the information that may be relevant to you.

And that will just help you feel more empowered to have a more informed conversation and know that you’re considering all of your options. It’s really important to ask both for the testing and then the results itself.

Kristie L. Kahl: What do patients have to look forward to next?

Andrew Ciupek: There are a lot of different clinical trials. One of the main things we’re going to see is combination therapies. We have three mainstays in non-small cell lung cancer: chemotherapy, targeted therapy and immunotherapy. But we’re looking at ways to combine them together to make the drugs benefit patients more.

We’re also seeing an increase in the amount of changes for which targeted therapies are able to attack, and we’re looking for different ways and new therapies that aren’t even discovered yet.

I think it’s really important to pay attention to the clinical trial space. There is a lot of reason to hope that we are going to keep seeing approvals and the amount of therapies for non-small cell lung cancer patients increasing. 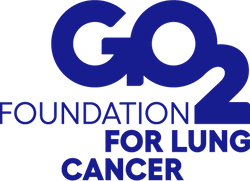 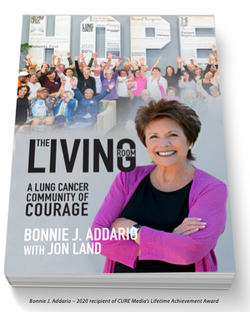 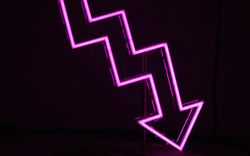 The Meaningful Cancer Stories Behind the CURE® Poetry Contest Winners

Heart Issues After Breast Cancer Radiation: Left Side Has Twice the Risk