CURE spoke with Neeraj Agarwal, M.D., about the underreporting and underemphasizing of toxicities with PD-1 inhibitors in renal cell carcinoma.

A trend of underreporting and underemphasizing toxicities associated with PD-1 inhibitors has emerged in the field of renal cell carcinoma, says Neeraj Agarwal, M.D.

According to Agarwal, these toxicities must be recognized, reported, and treated early. This is because more common side effects like diarrhea and fatigue can potentially evolve to more severe and potentially life-threatening conditions, such as fulminant colitis and myocarditis.

What have you observed regarding PD-1 inhibitor-associated toxicities in RCC?

In an interview with CURE at the 2016 Kidney Cancer Symposium, Agarwal, who is director of the Genitourinary Oncology Program at Huntsman Cancer Institute of the University of Utah, discussed the concerns with inadequate reporting of autoimmune side effects associated with PD-1 inhibitors in RCC.I was surprised to see how little has been reported or even discussed in the clinics among physicians and among patients [regarding autoimmune toxicities]. We are much more aware of toxicities associated with other classes of checkpoint inhibitors, such as Yervoy (ipilimumab), which is a CTLA-4 inhibitor.

In general, we have this consensus amongst physicians that PD-1 checkpoint inhibitors are extremely well tolerated. However, the toxicities are probably not discussed as much. PD-1/PD-L1 inhibitors such as Opdivo (nivolumab), Keytruda (pembrolizumab), Tecentriq (atezolizumab) and avelumab, are associated with fewer incidents of autoimmune toxicities, but the toxicities are there.

Therefore, I did a systematic review of the literature from all of the clinical trials that have been presented at the 2016 Kidney Cancer Symposium. We did find that most of these drugs had grade 3 or 4 or even 5 autoimmune toxicities associated with them. Although these were observed at a lower level, they were still present in the range of 6 percent to 15 percent of patients. It depends on which trial we are talking about, but the toxicities were there—which means they are occurring.

More importantly, more than 75 percent of the trials were found to be inadequate—as far as the reporting of autoimmune side effects or even general side effects. We couple that with the overall magnitude of using PD-1 inhibitors compared with CTLA-4 inhibitors.

Currently, there are more than 160,000 spots available in 800 clinical trials with 20 agents that are PD-1 inhibitors. Let’s extrapolate that to the potential real-world use of these drugs. Therefore, the overall use of these drugs is going to be probably hundreds of times higher than CTLA-4 inhibitors, such as Yervoy.

What autoimmune toxicities are being experienced?

If you combine all of these aspects together, we are looking at a very high prevalence of autoimmune side effects with the group that is PD-1 inhibitors.The most common autoimmune toxicity in these patients is fatigue, which can be multifactorial. It can be related to thyroid dysfunction or more severe illnesses, such as renal insufficiency. The gastrointestinal tract is very commonly affected, so diarrhea is the early and less severe phase of the manifestation of this toxicity. However, that can become severe and cause fulminant colitis. Every single organ can be affected. It can be rare or common. including hypophysitis, hepatitis, colitis, myocarditis, uveitis or polymyositis—anything can happen.

As I mentioned, any organ can foreseeably be affected. There was just an article in The New England Journal of Medicine that reported two cases of fulminant myocarditis with Yervoy and Opdivo in patients with melanoma. 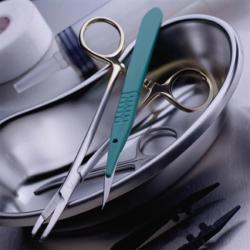