Personalized treatments have changed the cancer landscape, and continue to change it for patients with renal cell carcinoma.

When it comes to treating renal cell carcinoma (RCC), several new approvals and combination regimens — particularly personalized approaches that are tailored for the individual patient — have broadened the treatment landscape for this population, according to Dr. Ajjai Shivaram Alva.

The associate professor at the University of Michigan spoke with OncLive®, a sister publication of CURE®, about what the latest updates in the RCC field mean for patients with this disease, beginning with the randomized, phase 2 CABOSUN trial.

This trial compared the frontline use of Cabometyx (cabozantinib) with the standard of care, Sutent (sunitinib), in patients with advanced RCC, and found that patients lived a median of 8.2 months without their disease worsening months with Cabometyx compared with 5.6 months with Sutent. Cabometyx also led to a 52% reduction in the risk of progression or death. An updated analysis of the data also showed a 20% reduction in the risk of death in intermediate- and poor-risk patients with Cabomytex.

“For kidney cancer, we have to treat the patient on an individual basis with regards to the context of the prognostic score by the International Metastatic Renal Cell Carcinoma Database Consortium (IMDC), the histology, and the individual patient's performance status,” Alva explained. “The conclusion of this study, which was specifically for intermediate- or poor-risk patients with RCC by IMDC criteria, was that (cabozantinib) was superior to (sunitinib).”

This superiority is good news for this patient population, which makes up about 80% of those diagnosed, Alva noted. Cabometyx is a viable option especially for those who cannot tolerate alternative treatments, such as immunotherapy. “Some reasons for contraindications to immunotherapies are autoimmune diseases or previous organ transplants, which make it very risky to go on checkpoint inhibitors,” Alva said. “For those patients, particularly, (cabozantinib) is pretty much the only option.”

However, Alva noted, that CABOSUN is not the end of research into Cabometyx. While researchers hope to see this phase 2 data validated in a phase 3 setting, there are also more trials currently underway examining the drug in various combinations.

“More data are needed, especially with all the changes in the first- and second-line spaces, particularly with the immunotherapy combinations,” Alva said. “There is an ongoing trial of cabozantinib in combination with nivolumab (Opdivo) that is expected to read out very soon. The field may completely change (with those data).”

Additionally, Alva explained, recent research that looked at various combinations of TKIs and immunotherapy has also expanded the landscape. Most notably, the KEYNOTE-426 trial compared Inlyta (axitinib) plus Keytruda (pembrolizumab) with Sutent and led to the Food and Drug Administration’s approval of the combination.

While Alva noted that the increased toxicity of combinations such as this should be managed very carefully, this individual-based approach could signal a paradigm shift in the treatment of RCC.

“Combinations have already started to occupy a greater share of the number of patients being treated,” Alva said. “Monotherapy will still have its role, but it's probably going to be diminishing.”

He added: “The bigger questions in the upcoming years is what to use after a TKI and immunotherapy combination. What do we go to next? Maybe it's a separate class of drugs. Some are being tested in trials, such as metabolic inhibitors, glutamine inhibitors, and arginine-based inhibitors. There are also new molecules attacking HIF1A, so those could be classes of drugs that would have to be explored for post-combination progression.” 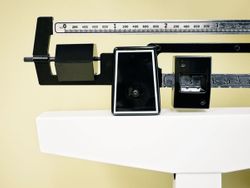 My Nemesis the Gold-Capped Vial