Patients aged 55 and over remained in remission after receiving CC-486, according to phase 3 study findings.

An investigational oral therapy significantly improved overall survival in older patients who were newly diagnosed with acute myeloid leukemia (AML), according to the findings of a phase 3 clinical trial presented at the 2019 American Society of Hematology Annual Meeting.

“A lot of people go into remission (with chemotherapy), but unfortunately the vast majority of patients still relapse, particularly those in older age groups,” said Wei, adding that the current five-year survival rate for patients with AML remains at less than 30%.

Despite the benefits of induction chemotherapy, no therapy had been shown to improve overall survival in clinical trials for patients with AML. Wei and colleagues hypothesized that prolonged therapy with CC-486, which is formulation of Vidaza (azacytidine), a type of chemotherapy used to treat certain blood cancers, could change that, potentially marking a new effective post-remission maintenance therapy to treat AML.

The study, which took place at 148 sites across 23 countries, included 472 patients with AML who ranged in age from 55 to 86 years old. Patients were randomly selected to receive CC-486 or placebo. At median follow up of 41.2 months, overall survival was “significantly improved versus placebo,” according to Wei and colleagues. Median overall survival was 24.7 months in the CC-486 group compared with 14.8 months in the placebo group. Patients also had a lower risk of relapse with CC-486 (10.2 months) versus placebo (4.8 months).

“The QUAZAR shows that, rather than observing patients and waiting for them to relapse, we can now actively engage in trying to reduce relapse risk and improve survival in the post-remission phase,” said Wei, in a press release.

Treatment benefits were consistent across subgroups of patients, including the number of prior chemotherapy cycles and in patients 65 years and older. Moreover, CC-486 did not adversely affect overall health-related quality of life versus placebo.

“Median overall survival was improved by almost 10 months and median relapse-free survival improved by 5 months with this treatment. Benefits were observed across key prognostic AML subgroups,” Wei explained. “Based on the positive results of this landmark clinical trial, we hope that maintenance therapy with CC-486 might represent a potential new therapeutic standard for patients aged 55 and over with AML in first remission.” 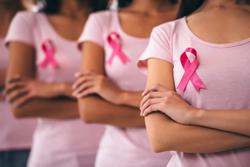