Updated findings from the FOENIX-CCA2 trial showed continued benefit with Lytgobi (futibatinib) for the treatment of patients with previously treated, unresectable, locally advanced or metastatic (having spread to other parts of the body) intrahepatic cholangiocarcoma (bile duct cancer) that has FGFR2 gene fusions or other rearrangements.

The findings, which were published in the New England Journal of Medicine, support the September accelerated approval of Lytgobi for previously treated, advanced or metastatic intrahepatic cholangiocarcinoma with FGFR fusions or rearrangements.

The objective response rate (percentage of patients whose disease shrinks as a result of treatment) was 42%, with an average duration of response of 9.7 months. The disease control rate was 83%.

Additionally, patients with pretreated cholangiocarcinoma tended to live longer than those given chemotherapy, which is how the disease is commonly treated. As such, the findings highlight the importance of testing for genetic mutations in this patient population.

"The FOENIX-CCA2 trial results demonstrate that (Lytgobi) is an effective treatment for FGFR2 fusion/rearrangement positive cholangiocarcinoma. Its activity and safety profile offer a new treatment in this setting. These data reinforce the importance of molecular profiling in cholangiocarcinoma and represent a step forward for patients facing a difficult disease," said Dr. Lipika Goyal said in a press release. Goyal was the lead investigator for FOENIX-CCA2 and previously a medical oncologist at Mass General Cancer Center, and now associate professor and director of Gastrointestinal Cancer at the Stanford School of Medicine.

Approximately 10-16% of patients with intrahepatic cholangiocarcinoma have FGFR gene rearrangements, according to the release. Lytgobi works by binding to FGFR and stopping the signaling pathway indicating to cancer cells they should grow and reproduce.

Lytgobi also proved to be well-tolerated, with patients reporting stable quality of life over nine months, where there were no meaningful changes in physical, role, cognitive, emotional or social aspects of quality of life.

However, all patients on the trial did experience at least one side effect. The most common were hyperphosphatemia (extra phosphorous in the blood, which could indicate kidney damage); hair loss; dry mouth; diarrhea; dry skin; and fatigue. Two percent of patients stopped treatment due to side effects, and at the time of follow-up there were no new safety concerns reported.

Novel Drug to Be Tested in Rare Form of Eye Cancer 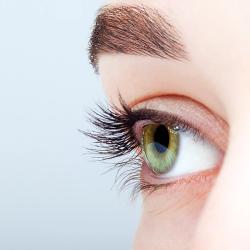 A Look at the ‘Collateral Damage’ From Uveal Melanoma Treatment
Advertisement