For patients, survivors and their loved ones, it can be difficult to navigate the ever-expanding arena of cancer research and news.

A new project — launched in late August by Facing Our Risk of Cancer Empowered (FORCE) and funded by the Centers for Disease Control — is striving to bridge this gap.

The project, nicknamed XRAYS (eXamining the Relevance of Articles for Young Survivors), aims to be "a reliable resource designed to help young breast cancer survivors and high-risk women navigate through breast cancer research related news and information," according to FORCE's website.

The idea for the project, Lisa Rezende says, started with the message board. She and her colleagues were noticing more and more questions on FORCE's message board about the potential of early phase studies in animals and very small human-population trials.

Rezende says one basic science study looking at BRCA and rat brain development alarmed several people on the message board.

"Some report had 'BRCA' and 'seizures' in the same sentence because this was a brain development study," says Rezende, the Vice President of Education for FORCE. "It started making people concerned that they were at some sort of risk, when that wasn't what the study was saying at all."

This growing trend of concern — and misunderstanding — led the team at FORCE to come up with a plan.

"It was those sorts of concerns that made us see that we needed to have somebody monitoring the media, monitoring conversation on social media about media reports and writing the articles from the perspective of the patient."

Though XRAYS was first evaluated in a small study, the project is now a full-fledged operation with room to expand.

As a team, Rezende and Julie Hyunh, a FORCE research associate, identify research gaining significant attention and discussion in the mainstream media.

While mainstream media is the primary focus, Rezende says, they do monitor more specialty publications like CURE, Oncology Nursing News and Science Daily.

From there, Hyunh will examine primary scientific literature, write a summary of her findings and rate the information using a custom rubric.

The XRAYS rubric rates research articles on a 15-point scale. Five points are assigned to three areas: overall research design (which accounts for the study's control, sample size and construction), analysis of the study (which asks whether the data answers the study's question) and relevance to young breast cancer survivors.

Once the score is determined and agreed upon, Rezende and Hyunh then send their report to FORCE's advisory board, made up of active researchers and clinicians in cancer, genetics, surgery, behavioral health, policy and survivorship. According to the FORCE website, an XRAYS report will not be published without approval from one or more members of their advisory board.

The educational benefit of XRAYS is twofold, Rezende says.

"The immediate thing we wanted to do was have something set up where we can have a systematic way to respond and talk about these studies that are in the news from the patient's perspective," she says.

As time goes on, Rezende says she hopes to get their audience to a point where they can understand, dissect and verify a study or news article themselves.

There are not enough outlets looking at research and news from a patient's perspective, Rezende says. Whether it's a patient, survivor or caregiver reading, she says she hopes XRAYS will answer the question, "What does this mean for me?"

Rezende hopes XRAYS becomes a place for breast cancer survivors to turn for information. In the end, though, it comes down to the letter E in FORCE's motto and name: Empower.

"We hope that it will [allow] women to feel empowered to talk to their doctors and ask them questions and feel like they have some understanding.”

To learn more about XRAYS or suggest an article for review, please email info@facingourrisk.org 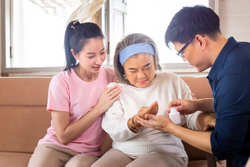 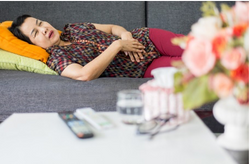 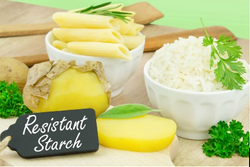