PolyBalm was effective in mitigating chemotherapy-related nail damage, according to a recent study presented at ASCO.

Chemotherapy often comes with many unwanted side effects. One of the most distressing is onycholysis, or painful nail damage, which occurs in about 40 to 50 percent of patients who receive taxane-based chemotherapy agents. This damage can cause pain, disfigurement, secondary infections and interfere with activities of daily living that can overall decrease a patient’s quality of life.

According to study findings presented at the 2017 American Society of Clinical Oncology Annual Meeting, researchers saw an improvement of this condition and its effects in patients using a topical nail bed balm, called PolyBalm.

Robert Thomas, M.D., first author on the study, stated in an interview with CURE, “There was clearly a need to try and solve this issue for patients.”

The double-blind trial was conducted at Primrose Oncology Unit at the Cambridge-affiliated Bedford Hospital in the United Kingdom. Sixty patients undergoing chemotherapy for either breast or prostate cancer were randomized — 30 patients were assigned to the treatment group and 30 to the placebo group.

Both groups applied a balm to their nail beds three times a day. The placebo group were given a control balm of petroleum jelly to use. The treatment group were given PolyBalm, the nail balm containing bioactive polyphenolics, reported to have anti-inflammatory, analgesic, antioxidant and antimicrobial properties.

Throughout the study, patients recorded nail-related symptoms and their effect on quality of life with the validated Dermatology Life Quality questionnaire (DLQQ), as well as a linear severity scale. Physicians documented the condition of the patients’ nails using the validated Nail Psoriasis Index, as well as another linear severity scale. Additionally, photographs were taken of the patients’ nails and sent to three doctors in other departments and hospitals for independent evaluation.

While developing PolyBalm, researchers discovered that the essential oils and plant-based waxes used in the balm, as Thomas explains, “will act like a local antidote. It prevents the initial damage and improves the discomfort. And it stops any secondary infections.” The phenolic polyphenols in these ingredients are known to have moisturizing, anti-inflammatory, antimicrobial and antioxidant properties, preventing cracking and splitting of the nails when absorbed at the nail bed. The antimicrobial properties helped to prevent any secondary infections.

Although there were no reported balm-related adverse toxicities, one patient did discontinue because of time restraints. Thomas explained, “Most patients had to use the balm two or three times a day, initially. That's time-consuming. What would tend to happen, if people weren't getting any toxicity, they'd dropped it down to once a day, so it was less time-consuming.”

As a minority of patients still sustained damage while using the balm, further studies are planned.

“It'd be nice to select which patients are likely to get the nail damage,” Thomas said. “We're going to try to identify at-risk groups and we'll combine the PolyBalm with other methods of improving nail health, like freezing the nail beds.” 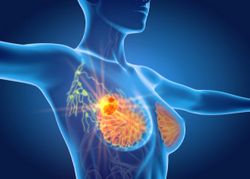 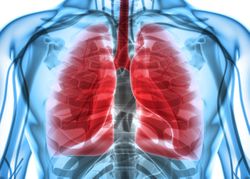 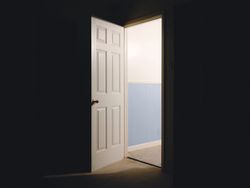 FDA Approves Opdivo for the Frontline Treatment of Gastric Cancer

Learning to be a Kinder Person After Cancer