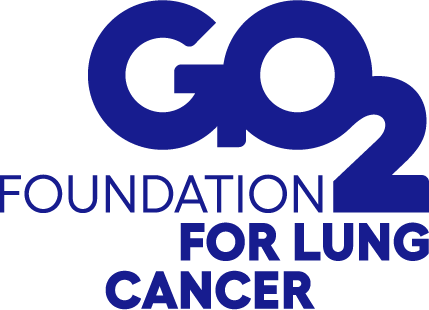 Addario Lung Cancer Medical Institute and GO2 Foundation for Lung Cancer to learn about environmental, lifestyle, and demographic risks of developing lung cancer under the age of 40.

San Carlos, CA/Washington DC – Continuing their collaboration to transform lung cancer survival and to accelerate novel research advancements for people with lung cancer, the Addario Lung Cancer Medical Institute (ALCMI) and GO2 Foundation for Lung Cancer (GO2 Foundation) are building upon prior research efforts by launching a new study to gain a better understanding of the underlying cause(s) of lung cancer diagnosed in young people under the age of 40.

The Epidemiology of Young Lung Cancer (EoYLC) study follows on ALCMI’s earlier groundbreaking Genomics of Young Lung Cancer (GoYLC) study. Conducted between 2014 and 2017, the GoYLC study found that nearly 84%i of participants with lung adenocarcinoma had specific mutations that are potentially treatable with targeted therapies or precision medicine. This rate is much higher than what is seen in the general lung cancer population. The EoYLC study seeks to understand why by looking for possible clues from environmental and childhood exposures as well as other potential risk factors for developing lung cancer in people under the age of 40.

“Patients hold the key to research. Now that we have confirmed that young lung cancer looks different than other lung cancer, discovering the how and why of it through epidemiology will be critical to our ongoing efforts to prevent, diagnose early, and more effectively treat lung cancer in young patients. What we learn from young lung cancer will also help unlock answers for the entire lung cancer community,” said Bonnie J. Addario, GO2 Foundation co-founder, board chair, and Stage IIIB lung cancer survivor.

The EoYLC study builds on a unique web-based, patient-engaged design to identify genomic, environmental, and behavioral risk factors that may provide researchers and physicians with clues and actionable data provided by young adults. Physicians may otherwise overlook ongoing symptoms of lung cancer in these patients because of their age.

“Physicians have not been accustomed to seeing lung cancer in young patients like myself, so when symptoms arise, they are often treated as other less critical conditions, while the cancer continues to grow and treatment sometimes comes too late,” said Emily Bennett Taylor, a Stage IV lung cancer survivor, diagnosed at 28 years old. “With ALCMI’s epidemiologic study on young lung cancer, doctors will have more and new information to help put this cancer on their radar and hopefully aid in prevention and earlier diagnosis. The earlier the diagnosis the better chance of having a curable outcome.”

The EoYLC study seeks to survey 250 patients diagnosed with lung cancer before age 40. Patients will complete a confidential survey about their medical history, demographics, and environmental exposures, among other lifestyle questions. Researchers will also ask participants to provide a small sample of blood for future correlative studies.

“When we leverage data from our earlier Genomics of Young Lung Cancer study with results of this new epidemiological study, we hope to get that much closer to understanding who is at greater risk and how we can further individualize more effective care that will result in better outcomes for young lung cancer patients,” said Tony Addario, ALCMI CEO and COO.

“The EoYLC study is important in that the epidemiology of lung cancer in young patients has not been investigated in depth thus far and is little understood,” said Dr. Nieva. “With nearly 8% of lung cancer diagnosed in people under 55, and less than 2% found in people under 45, identifying the underlying signals of and risks for young lung cancer patients, the vast majority of them never smokers, will be crucial to its prevention, early diagnosis, treatment and ultimate eradication.”

For information on study eligibility and participation, visit here.

About GO2 Foundation for Lung Cancer

Founded by patients and survivors, GO2 Foundation for Lung Cancer transforms survivorship as the world's leading organization dedicated to saving, extending, and improving the lives of those vulnerable, at risk, and diagnosed with lung cancer. We work to change the reality of living with lung cancer by ending stigma, increasing public and private research funding, and ensuring access to care.

[i] Gitlitz B, et al. The Genomics of Young Lung Cancer: Comprehensive Tissue Genomic Analysis in Patients Under 40 with Lung Cancer. Submitted.