Three targeted drugs have recently been approved to treat diffuse large B-cell lymphoma, broadening the treatment options for patients with this aggressive blood cancer, according to Dr. Germame Ajebo.

Several drugs that work by targeting genetic alterations in cancer cells have won recent approval from the Food and Drug Administration as treatments for patients with diffuse large B-cell lymphoma (DLBCL).

In his talk, Ajebo focused on drugs meant for use in disease that has recurred or become resistant to previous treatments.

DLBCL is a usually aggressive form of the blood cancer known as a B-cell non-Hodgkin lymphoma, which affects the immune system. The disease causes rapid growth of tumors in the lymph nodes, spleen, liver, bone marrow or other organs.

Approved by the FDA within the last two years to treat aggressive DLBCL are oral Xpovio (selinexor), Polivy (polatuzumab vedotin-piiq) and Monjuvi (tafasitamab-cxix). In addition, an immunotherapy, the chimeric antigen receptor (CAR)-T cell therapy Yescarta (axi-cel), was approved to treat the disease in 2017, Ajebo reported.

Xpovio is a nuclear export inhibitor, which prevents cancerous cells from pushing tumor-suppressing proteins out of their nuclei. This results in tumor suppressors accumulating in the nucleus, where they can work to kill the cell.

In the phase 2b clinical trial that led to its approval — which administered Xpovio by itself to 134 previously treated older adult patients — the partial response rate (including those with tumor shrinkage) was 16%, the complete response rate (including those with no sign of cancer remaining) was 13% and the rate of stable disease (including patients with no progression of cancer) was 8.2%, Ajebo reported. Looking at all patients who had partial or complete responses, 38% responded for at least six months and 15% for at least 12 months.

The most common side effects that were serious or worse were low blood counts, Ajebo summarized. Other serious side effects included nausea, vomiting, diarrhea, weight loss, dizziness and infections.

Polivy is an antibody-drug conjugate that uses a targeted drug to deliver a potent chemotherapy directly to cancer cells.

It was approved based on the results of a phase 2 study of 80 previously treated patients who were divided into equally sized groups to receive the chemotherapy Treanda (bendamustine) and the targeted drug Rituxan (rituximab) with or without Polivy every 21 days for six cycles. At the end of treatment, 40% of those receiving the triplet combination had experienced a complete response, compared with 18% of those receiving Treanda and Rituxan alone. In the 63% of patients who achieved a best overall response at any point in the study while receiving the drug triplet, 48% had a response that lasted at least 12 months and 64% responded for at least six months, Ajebo noted.

Major side effects, he said, included tingling or weakness in the extremities, low blood counts, liver toxicity and tumor lysis syndrome, a condition that can damage organs due to blood chemistry issues arising from the quick destruction of tumor cells. The most common side effects of any severity included low blood counts, fatigue, diarrhea and fever.

Monjuvi, a targeted drug that inhibits the activity of the DLBCL-fueling protein CD19, was approved based on results of the phase 2 L-MIND study that demonstrated a 43% complete response rate and an 18% partial response rate in 80 previously treated adult patients who were prescribed the drug along with the targeted medication Revlimid (lenalidomide), with a median duration of response of 21.7 months. The drug is approved in combination with Revlimid for patients with recurrent or resistant DLBCL who are not eligible for, or did not agree to undergo, bone marrow transplant using their own stem cells, Ajebo said.

Serious side effects occurred in 52% of patients, he said, and included low blood counts and infections. The drug caused fatal reactions in 5% of patients, including stroke, respiratory failure, progressive multifocal leukoencephalopathy (a virus that infects the brain) and sudden death. 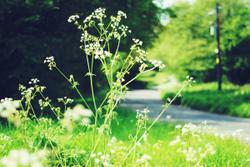