CURE sat down with Richard Boulay, M.D., at the 2018 National Ovarian Cancer Coalition to discuss exciting updates in ovarian cancer, as well as what advice he would offer to patients and caregivers who may be feeling overwhelmed.

Ovarian cancer is often referred to as “the silent killer,” because it is usually caught in the later stages and traditionally has meant a grim diagnosis for many women. But Richard Boulay, M.D., division director of gynecologic oncology at Lehigh Valley Health Network, does not like that term — especially as new agents and personalized medicine continue to improve outcomes of women with the disease.

CURE sat down with Boulay at the 2018 National Ovarian Cancer Coalition to discuss exciting updates in ovarian cancer, as well as what advice he would offer to patients and caregivers who may be feeling overwhelmed.

“One of the biggest disservices we did to ovarian cancer was name it the silent killer,” Boulay said. “When you find out you have this, many people find it is hard to feel hopeful.”

But they should find hope, according to Boulay, especially as the use of three PARP inhibitors — Lynparza (olaparib), Rubraca (rucaparib) and Zejula (niraparib) – continue to show promise in this patient population.

But while these agents generated excitement in recent years, they’ve actually been used to treat ovarian cancer for more than a decade — it was only recently when researchers figured out how better to use them.

“I’ve had patients on these drugs in clinical trials in the mid-2000s. But we didn’t have a good idea of how it worked or who should be prescribed them.”

In fact, most early clinical trials of PARP inhibitors did not test patients for BRCA mutations, according to Boulay. But now, BRCA status is a key indicator of creating a woman’s treatment plan.

“Genetics and genomics are the future of cancer care,” Boulay said. “It’s wonderful to see patients who traditionally would have been told that they had no options left go on to live for years thanks to these new agents,” Boulay said.

But still, Boulay understands that an ovarian cancer diagnosis — or any cancer diagnosis – can be overwhelming and frightening. His advice to patients is to think of things one step at a time and be sure to have a good care team in place that includes at-home caregivers, medical care and any other health care necessary to handle potential side effects or other ongoing health issues.

“We really just have to begin one day at a time,” he said, admitting that he may not be the best person to ask for all advice regarding ovarian cancer, despite his expertise.

“Speaking to someone who has been through it is so much more informative than someone like me,” he said.

In fact, at the Lehigh Valley Health Network, Boulay helps to facilitate communication between women who have more experience with the disease with those who are more recently diagnosed, so that they can act as a mentor about what to expect, and how to handle some of the emotional difficulties that come with a cancer diagnosis.

And that goes for the cancer caregivers, too — a group that Boulay refers to as, “the most underpaid folks who got a job they never applied to.”

Boulay mentioned recent research that found that caregivers and patients actually “co-vary” in their physical and emotional needs, meaning that as patients experience physical symptoms and health difficulties, their caregivers are more likely to encounter health issues as well. The same goes for emotional distress.

“When [caregivers] see the patient is struggling in some way, they need to recognize that they are struggling, too. A tremendous amount of self-care is required,” Boulay said. “You’re only going to be good to them if you’re good to you, too.”

Looking forward, Boulay mentioned that he is excited to see ovarian cancer treatments continue to improve and produce better outcomes for the patients and their loved ones.

“We have a long way to go, but we’re proceeding rapidly,” he said. 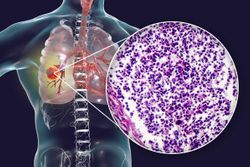 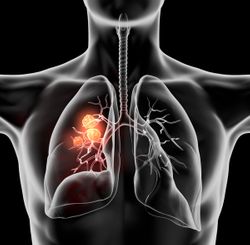