Overcoming the Guilt That Follows Cancer

Taylor Bell Duck: I might get teary-eyed talking about it. But when you think about the sacrifices that my family made, my siblings and my parents, financially and time-wise, to just stop playing soccer was the hardest decision of my life. Because I know how much sacrifice had gone into that for me to achieve my dream. And to just have to give it up was pretty difficult. And at the time I couldn’t figure out why. But the thing that kind of did it for me was I was sitting in the surgeon’s office, and it was right after we had found out our diagnosis. And he looked right at me and he said, “So Taylor, I imagine you hadn’t been feeling well for a really long time.” And as soon as he said that, all the guilt that I had went away because I knew something wasn’t right, I just couldn’t figure out why.

Shubham Pant, MD: So you’re exactly right. You know patients sometimes carry guilt with them. So, Richard, tell me how does it, how do you deal with that? You know sometimes patients have that guilt and they should not. There’s really no, there’s no, you didn’t do anything wrong.

Shubham Pant, MD: But there’s always, we carry around a burden.

Richard Dickens, MS, LCSW-R: What I’m hearing, too, as a social worker, and both Nancy and Taylor answering about communication, is what’s the underpinnings of communication? And it’s all about the emotional impact and what people are dealing with emotionally. I like to also work in metaphors a lot of time. And one of my favorite metaphors and metaphors, a metaphor, “A picture is worth a thousand words.” And sometimes you can sit with somebody for an hour but they don’t remember everything you discussed, but you leave them with a metaphor.

And I love to work with the metaphor of a tea kettle. And what I ask people, I say, “What happens to a tea kettle if you fill it up with water and you soldered the lid shut and you put it on an open flame? It explodes. And we explode in two ways. We explode on those people that we love oftentimes and that we hope they can take it, an aggression, or we implode on ourselves in depression.

And a lot of times too, especially a social worker and over the last number of years with all the emphasis on positive therapy, we’ll even get calls from people who say, “I want to get a positive group. I want to get into a positive group.” And you’ve got to tell them that, a group to be honest, there’s a place for being positive. There’s a place for hope. There’s a place for love, but there’s also got to be a place for sadness and anger and all of those. And like the tea kettle, if you just fill a tea kettle with water and you put it on an open flame, it dissipates slowly. And that’s the whole going back almost to the mind-body issue too is that if we keep holding in those negative emotions, they don’t disappear, they manifest themselves in other ways in relationships or physically. So finding ways to let out those emotions open the door to better communication.

Shubham Pant, MD: Taylor, I mean, you’re such an amazing human being, you are so well aware in 21 you faced this. I don’t think not playing soccer is a; but I can completely see that as far as a little bit you know kind of carrying that with you. Nancy, what about this open communication in your house, do you think that really helped, kind of talking about it? Did you ever talk about the soccer with your dad and everything after then?

Taylor Bell Duck: Yeah, he still jokes on me. He’s like, “You’re going to go around 120’s.” The 120s are the fitness test that I had trouble passing. So we still talk about it and I still go out and play on occasions, but, yeah.

Nancy Bell: I think you know originally when Taylor was, before she was diagnosed, going back to the fact that the surgeon said, “I bet you haven’t been well for a while,” my husband laughs now. He’s let go of the guilt, but he did have some guilt initially because there was some time that Taylor would stand on the soccer field with her hands on her hips. And we were filming her because she was going to play college soccer, and my husband would tease her and say, “You know you can’t stand on the soccer field with your hands on the hips.” Well in hindsight the reason she was doing that was because she couldn’t breathe and she was trying to get air in her lungs. And so we now joke about that. But for a while, once we realized this was a lung cancer diagnosis, there was a lot of guilt. But we allowed ourselves to forgive ourselves for that.

Shubham Pant, MD: I think that’s great. Richard, what do you think? I mean how do you; you know sometimes, especially for younger, for kids and for young adults and everything, parents think they’re fine. They think they’re, “Well, you’re just being a teenager, you’re slacking behind, you know you’re not doing this, you’re just, you know.” But then something really catastrophic and something really serious happens to the child and that’s, there is, it’s very true. If it happened to me I wouldn’t, you know, I would feel that guilt for some time. There’s very little you can do about that then because you’re just not in tuned to think a 21-year-old college athlete is going to have lung cancer, non smoker. So do you face that? And how do you help families cope with it?

Richard Dickens, MS, LCSW-R: Definitely. And always respectful is that we’re all the same in a lot of ways, but we’re also different, and there are gender differences. I love to hear that story. I was just working with a group of men last weekend who were in a bereavement camp and had lost their wives and had kids.

So then going back to the tools of social work, it’s normalizing, it’s validating, it’s helping people recognize that’s okay. Guilt itself is okay. In fact, I struggled early in my career; as I was dealing with people I was bringing guilt a lot of times. And then one day, and I try to help them solve it, and one day I just turned to one of the people I was working with, I said, “I can’t save you from your guilt, that’s one of the prices we pay for loving people.” I said, “We always want the best for them.” But how do we learn to manage the guilt? How do we learn to work with the anger? Talking about it openly is going to allow people to understand where it’s coming from better. And I hear and I’m so happy in these conversations about the laughter. There is place for laughter, and that’s healthy even in the midst of a crisis. 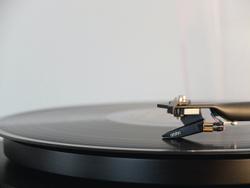 Keeping Faith After a Sarcoma Diagnosis

Why Isn’t Sunscreen Marketed to Men?