Newer treatments for MCL offer hope to patients living with the fast-growing and challenging-to-treat disease.

Currently, most patients with mantle cell lymphoma are treated with Rituxan (rituximab) in combination with other drugs; however, treating those with relapsed or refractory disease remains a challenge.

Therefore, researchers investigated different two- and three-drug combinations and targeted therapies, such as Imbruvica. In a study presented during the 2019 American Society of Clinical Oncology (ASCO) Annual Meeting, a team of researchers examined the efficacy of Imbruvica-based combination therapy for mantle cell lymphoma.

“Based on current published data, (our aim) was to see which combinations hold the most promise to pursue as combinations with ibrutinib,” Abhijeet Kumar, a medical oncologist and assistant professor in the division of hematology and oncology at the University of Arizona Cancer Center, said in an interview with CURE®.

The researchers conducted a systemic review using four different databases and identified 363 patients from 11 studies. The most commonly studied regimens were Imbruvica in combination with Rituxan in two phase 2 studies and two studies on Imbruvica in combination with Venclexta. In addition, Imbruvica was used with Ibrance (palbociclib); ublituximab and Velcade (bortezomib) as part of the two-drug regimens and as three-drug regimens with Treanda (bendamustine) and Rituxan; Revlimid (lenalidomide) and Rituxan; and Gazyva and Venclexta.

“Imbruvica with venetoclax is an extremely promising regimen and this is confirmed by this study as well,” Kumar said. “And there are two reasons for that. One, this is a completely non-chemotherapy option for these patients. They are both pills. The second is this combination has a significantly higher response rate, and what is not written in the study is that this combination produces negative minimal residual disease, which means that there will hopefully be patients who will achieve long-term complete responses with the combination.”

Gastrointestinal toxicities, such as diarrhea and abdominal cramps; reduction in the number of mature blood cells (cytopenia); irregular heartbeat (atrial fibrillation); septic shock; and tumor lysis syndrome were the most common side effects experienced by patients.

The future of treatment for mantle cell lymphoma, Kumar believes, will be in targeted therapies, immunotherapies and chimeric antigen receptor (CAR)-T cell therapies. 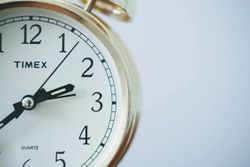