Among patients with extensive-stage small cell lung cancer, several groups were found to receive chemotherapy less often compared with White patients. They included Black, older and uninsured patients as well as those with nonprivate health insurance.

Administering chemotherapy soon after diagnosis is important, as this cancer tends to rapidly progress, the study’s authors pointed out.

“Our study highlights the disparities that can exist in health care, and the impact that race and socioeconomic status can have on a patient’s experience throughout their treatment,” said Dr. Umit Tapan, a thoracic oncologist at Boston Medical Center and assistant professor of medicine at Boston University School of Medicine, in a press release issued by Boston Medical Center.

In this retrospective study, researchers analyzed data from 82,592 patients (median age, 65 years; 51.7% men; 7.8% Black) diagnosed with extensive-stage small cell lung cancer between 2004 and 2016. To determine whether racial and other disparities existed in this patient population, study authors assessed several variables such as race, sex, insurance status and education level. They also took note of whether patients underwent chemotherapy (76,035 individuals) or did not undergo the treatment (6,557 individuals).

Patients more likely to receive chemotherapy included those whose cancer had been recently diagnosed, patients who had obtained higher levels of education and those who were treated at more than one facility. Factors associated with lower odds of receiving chemotherapy were race, increasing age, non-private insurance and comorbidities, meaning the presence of two or more medical conditions in an individual patient. Black patients were more likely to have public rather than private health insurance.

“The association of race and receipt of chemotherapy persisted in the 2010-2016 period after the implementation of (the Affordable Care Act) when patients with non-private insurance reported even lower odds of getting chemotherapy,” the study authors wrote. “Further studies are required to address racial and other disparities in the receipt of systemic treatment in (extensive-stage small cell lung cancer), and to guide appropriate interventions to mitigate health care inequalities.” 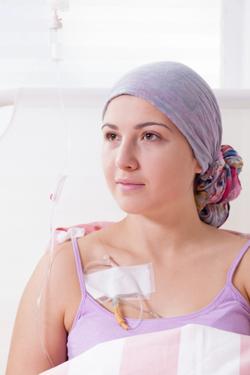