Talking about sex during and after cancer treatment can be tricky. With the issues surrounding cancer in the equation, what is supposed to be unspoken and mystical now requires some good communication.

I was once asked to do a workshop on sex and cancer for a local support group. With the understanding that I knew the facts about cancer and sexuality, I also needed a professional there to handle the emotional issues that were sure to arise, so I enlisted a sex therapist friend who agreed to join me.

I was surprised that 20 people showed up. They included couples, as well as individual women and men. We began by going around the circle, having each person or couple say why they were there and one thing they wanted from the evening. From their comments, it was clear that oncologists, both medical and radiation, are woefully unprepared to talk with their patients about the long-term issues surrounding cancer treatment and sex. There was a lot of pain expressed both by those who were able to verbalize their questions and those whose tears spoke for them. There was also anger from more than one person about the lack of information available on sexual issues and the fact that no one wanted to talk about it.

The therapist helped the group see that we must get over being taught that it’s inappropriate to talk about sex, pointing out that most of us learned about it from those who knew less than we did. This resulted in lots of groping in parked cars, figuring out what fit where and throwing ourselves into what felt good. For those in love, it was mystical and magical and seldom explored in a therapeutic way for fear our partners would be offended.

When cancer enters the picture, couples are forced to take a new look at their sexual lives as they learn to communicate their emotions, physical frustrations and needs to each other. By 30 minutes into the discussion, people were openly talking and taking notes on medical solutions and those available for women if they would venture out to a local sex shop — or online to sites that offer lubricants, sex toys, and vaginal dilators.

For the guys facing erectile dysfunction, I offered the medical options available from the little blue pill to penile implants, while the sex therapist talked about moving sex from the genitals to the body’s most forgotten sex organ — the skin. This was a totally new concept to one gentleman, who kept asking her to explain what she meant since he really couldn’t see it.

As I watched a young mother of four children who was coping with colon cancer, I recognized one barrier to healthy sex after cancer. I was talking about the fear I lived with for the years immediately following treatment when I was consumed with the idea that I might recur and die, leaving my child motherless. I remember the swell of fear that came with passion in the early years after my cancer treatment ended.

I described it as opening a lock box where we keep all of life’s strong emotions and when it’s opened for passion, fear also escapes. This points to one of cancer’s crippling results if we cannot grieve for our losses and resolve the experience in a healthy way that allows negative emotions to be resolved so positives emotions can return.

My husband assumed the tears meant he was hurting me and it took explaining about the strong feelings being all mixed up that helped him see my predicament. The therapist also pointed out that, more than any other time, couples had to communicate to solve many of the problems. If he or she just needs to be held and reassured, they should be able to tell their partner. If they need to talk about fears of their body's inability to function, that should be discussed too.

It is easy to just jump on your partner, assuming that what used to get you closer would do the same now. But you both need to understand the results of the drugs and the body changes that come with cancer — and the only way to do that is talk about it. 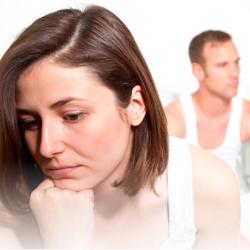 This Prostate Cancer Awareness Month, I’m Sharing Our Experience With the Disease 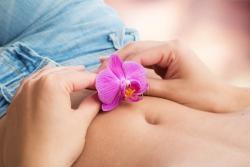