The Basics of MDS: Diagnosis and Staging

How are myelodysplastic syndromes diagnosed and staged? What causes them? An expert from Moffit Cancer Center offers insight.

In a presentation at the CURE® Educated Patient® Leukemia Summit, Dr. Rami Komrokji, section head for Leukemia and MDS and Vice Chair of the Department of Malignant Hematology at Moffit Cancer Center, gave a run down on the diagnosis and staging process for MDS.

Komrokji explained that the “myelo-” prefix means bone marrow, and “-dysplasia” means abnormal-looking cells. When a patient has cytopenia, they may experience certain symptoms.

Doctors will usually look into nutritional deficiencies such as B12, folate and ferritin, said Komrokji. Eventually, the patients will get a bone marrow aspirate and biopsy to diagnose their disease, which includes several parts.

“There is the morphologic part, which means the pathologists are looking at the cells under a microscope,” explained Komrokji. “And then there is also some genetic testing. We look at cytogenetics nowadays, we look at gene mutations. So we put all of this information together to make the diagnosis.”

The hematopathologist must see dysplasia, increased myeloblasts (immature cells known as blasts within the bone marrow) or certain cytogenetic abnormalities to make their diagnosis, Komrokji said.

“Sometimes the diagnosis is straightforward, but sometimes it could be challenging,” he added. “It truly depends on an experienced hematopathologist to make the diagnosis.”

Once a patient receives an MDS diagnosis, their doctor will go over risk stratification, or understanding what the risk of their disease is, which is what they consider staging, Komrokji said.

“Now in MDS, it’s not like a lung cancer or colon cancer,” he said. “The disease does not spread around. The staging is based on the blood counts, on the percentage of those myeloblasts or immature cells (and) the chromosomal makeup of the cells. And nowadays, we sometimes also incorporate the presence of gene mis-happenings as well. So we get a lump score to estimate the risk.”

Doctors typically use the International Prognostic Scoring System (IPSS) to categorize patients into one of five categories – very low, low, intermediate, high and very high. The risk is the impact on survival and whether the disease will transform to leukemia, Komrokji explained. The disease risk must be known in order to tailor the patients’ treatment to them.

“I always advise patients to see a specialized center in MDS, because obviously, those are not that common diseases,” he said. “A community oncologist could see a few (cases) per year, while an experienced center like in our place, we see like 15 to 20 per week.”

Komrokji said that understanding gene mutations is an evolving field that is slowly becoming routine.

“I advise all patients to inquire if they’ve gotten genetic testing or not,” he said. This sort of testing will help them understand any abnormalities. Doctors can look at a patients’ individual gene levels and detect for mutations, of which at least one was identified in 90% of patients with MDS.

Understanding the patients’ mutation(s) helps them tell whether there is a clonal hematopoiesis or mis-happening that occurred. It can also impact prognosis and allow them to further understand the disease risk.

“And finally, some of them are targetable or important to follow through the treatment, said Komrokji. “So patients should probably definitely have a genetic testing done. And sometimes after a treatment failure, we repeat it because we see other mutations that we could target with new drugs.”

In most cases, the cause of a patient’s MDS diagnosis is unknown.

“We think it's phenomena of senescence or aging of those stem cells in the bone marrow that produces the blood,” said Komrokji. “Obviously, the process is very complicated. We have billions and billions of cells divide billions of times a day. So you know, as those cells age, mistakes can happen in them.”

In most cases, he said, the mis-happenings which lead to the disease are random and at no fault of the patient. It is extremely rare for MDS to be inherited through familial genes.

There are, however, several known risk factors of MDS. If someone has history of another form of cancer and has received chemotherapy or radiation therapy, they may have possible stem cell damage and can develop MDS – this is called therapy-related MDS. There has also been association of the disease with benzene exposure, chemical exposure and radiation exposure. Patients who have connective tissue diseases such as rheumatoid arthritis and lupus are at a slightly higher risk of getting MDS due to inflammation in the body and certain medications used to treat those diseases.

“I would say there's a lot of better understanding of the disease in the past several years, of genetic mutation testing and incorporating them in practice,” Komrokji said. “And I think, you know, there are a lot of new treatments on the horizon for patients; there are several clinical trials in advanced phase.”

There’s Always Hope After an ‘Incurable’ Cancer Diagnosis, Thanks to Devoted Researchers 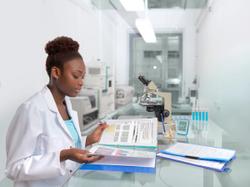