The Bee's Knees: How Cancer Taught Me To Appreciate Sweetness

A couple of summers ago, a group of bees decided to build a honeycomb in a column on my deck. They were so busy bringing nectar back to the queen that it was unnerving to watch them. I worried that they were going to take over the deck or get into my apartment. They were black and yellow.

After the dust had settled, I realized they were beautiful and fragile just like me, and they didn’t deserve to be harmed, but I’m skipping ahead.

The first thing the maintenance man did was spray them with some sort of bug spray. The bees just laughed and got back to work. Next, he caulked the holes and crevices so they couldn’t get into the column. Oh my, the bees tore through the sealant like it was nothing. Finally, we called a pest control company, and the exterminator came with his poison. He put powder into and around the column, and this time, the bees died. It’s against the law to kill them, so the man told me they were wasps, even though we both knew they weren’t.

In that moment, I made an interesting connection. This was the same thing I had done by using chemotherapy to kill the cancer cells. I fought fire with fire instead of choosing peace. Although it has rained at least a hundred times, I still haven’t been able to go out onto the deck because I think it’s contaminated. If I go out there, I’ll be harmed again. That’s what PTSD is — seeing the present through distorted lenses and being hyper-vigilant about the threat of danger because getting triggered and re-experiencing the helplessness and horror is not a pleasant experience. Having PTSD can feel very exhausting, imprisoning and depressing. If left untreated, it will eventually diminish quality of life.

It’s been six-and-a-half years since treatment ended. I was a bit naïve then. I’m still a bit naïve now. I hang onto my childlike wonder because it’s the only thing about me that’s pure. I still believe in magic and miracles. I trusted the doctors and they probably saved my life, yet I couldn’t reconcile in my mind how something could help me and hurt me at the same time; it just didn’t make any sense. I have to forgive the doctors, the cancer and myself, because unresolved anger is like poison.

I had a difficult recovery. The radiation caused a dural tear, and I began to leak spinal fluid, which caused me to be bed-ridden for six months. It was then that I met my spirit guide, Sunny, started writing stories and making art in my sketchbook. If it weren’t for these creative outlets and my friend who taught me about affirmations, I probably wouldn’t have made it through.

Hope. I held on to hope. I didn’t know if things were going to get better, but I didn’t give up hope, and that’s what made the difference. If you’re going through a rough time, hold on for another minute, hour, day, week, month and year. God doesn’t need you before it’s your time. Take the weight of everyone else’s expectations off your shoulders. You are beautiful. You are amazing. You are loved.

After I finished the book, I met someone who I think is the bee’s knees. He’s everything that’s sweet and good about life. All of the suffering I’ve been through has given me an appreciation for real joy, the kind that makes me laugh out loud. The universe rewards the kindhearted and the brave. Teach me how to be brave and kind. Amen.

Julie Knose is a stage 2 breast cancer survivor. Her book, “Are You Ready To Put All That Cancer Stuff Behind You? Using Art Therapy and Affirmations to Heal and Move Forward,” is available for purchase on Amazon. She blogs about recovery on her website: julieknose.com. Her Twitter handle is @julieangelmagic. She lives in Mason, Ohio. 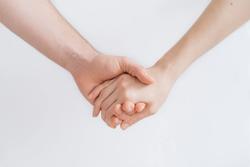