The Devil We Know: Secondhand Smoke and Cancer Fears

As a breast cancer survivor, I have become more active in my efforts to call attention to problems with secondhand smoke in my community. Since I know that exposure is not healthy, lobbying for changes in attitudes, as well as policies, makes me feel more empowered.

According to the National Cancer Institute, "At least 69 chemicals in secondhand smoke cause cancer." That is out of at least 700 chemicals, with 250 of them harmful to humans (with 69 or so of them causing cancer). The National Cancer Institute reminds us that secondhand smoke is classified as a "known carcinogen" by the U.S. Environmental Protection Agency, the U.S. National Toxicology Program, the U.S. Surgeon General and the International Agency for Research on Cancer.

Of course, the path from secondhand smoke exposure to cancer is not a direct route, and more research is needed, but it is safe to assume that we should avoid secondhand smoke. Unfortunately, secondhand smoke appears socially acceptable in a way that toxic chemicals spilled into a river are not. Just look at your environment, from grocery stores to hospitals to the workplace. If it is like my world, secondhand smoke is a nagging concern.

People smoke in doorways to grocery stores, on hiking trails and on sidewalks. They smoke in front of gas pumps. They smoke here, there and everywhere. Bless their hearts. Tobacco is so addictive that individuals needing to take a quick break to cater to a habit will smoke even if they do not intend to harm others with their secondhand smoke.

This year, I experienced an asthma attack when somebody smoking outside a door to the building where I work opened the door and let the smoke into a closed space before I had time to flee. I had no control over this toxic spill, just as I have no control over a student who vapes outside my office on the way to class.

The medical facility I use for cancer checkups, lab work, mammograms, colonoscopy, surgical consults and the occasional visit to another doctor is, thankfully, a smoke-free campus. As soon as I drive onto the campus, I see a welcoming sign repeated on doors: "For the health of our visitors and staff, this campus has been designated as a tobacco-free environment." While ideals are good, this establishment has not figured out how to be tobacco-free. Sometimes I have to ask somebody to put a cigarette out or avoid an area where smokers congregate.

There is an old saying: "Better the devil you know than the devil you don't." That saying may relate to my anger over secondhand smoke. I have no control over so many variables that feed cancer. I like to think that I have control over exposure to carcinogenic secondhand smoke, though, even if I do not entirely. My small rebellions, your small rebellions, my emails, your letters to the editor, my cautions to smokers in my path, your cautions to loved ones not to smoke or at least not around their children—we can make a difference if we persevere in the face of social pressure to let smokers be. 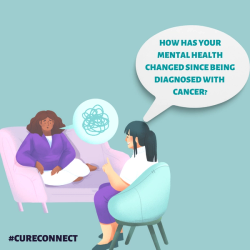 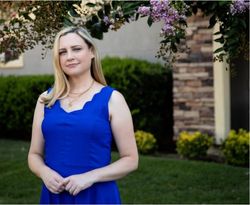 Getting Out of the Woods: Strategies to Cope With Fear of Cancer Recurrence