The Evolution of PARP Inhibitors in Ovarian Cancer

Cristiana Sessa, M.D., of the Oncology Institute of Southern Switzerland, discusses the evolution of how PARP inhibitors are used to treat ovarian cancer.

Initially, PARP inhibitors were used only in patients who had BRCA1/BRCA2 mutations. However, they then showed activity in patients with high-grade serous ovarian cancer, and in those with what Sessa calls “genomic scarring,” meaning they have DNA damage that cannot be repaired. 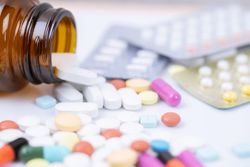 For Younger Patients, CAR T-Cell Therapy Could Play a Role in CLL Treatment