Treatment with Venclexta (venetoclax) plus a hypomethylating agent improved complete remission with or without count recovery and median survival in patients with acute myeloid leukemia, according to data published by the American Journal of Hematology.

This effect was observed in patients both with de novo or relapsed/refractory disease, according to the study.

“Blast phase transformation is the most feared complication in patients with myeloproliferative neoplasms, and its 20-years estimated incidence was approximately 9% for primary myelofibrosis, 4% for polycythemia vera and 3% for essential thrombocythemia,” the study authors wrote.

Fourteen patients (44%) achieved complete remission (the disappearance of all signs of cancer in response to treatment) with or without count recovery. This was more likely in patients with the absence of pre-leukemic polycythemia vera/post-polycythemia vera myelofibrosis phenotype, complex karyotype or K/NRAS mutations. Other responses included morphological leukemia free state in two patients (6%) and partial response in four patients (13%).

Four out of 21 patients (19%) with K/NARS mutation or complex karyotype achieved complete remission with or without count recovery compared to seven out of eight patients (88%) without.

“In the meantime, more recent studied suggest the value of (Venclexta)-based combination chemotherapy might extend to more intensive settings that might be applicable to patients with (blast phase myeloproliferative neoplasm),” the study authors concluded. “Taken together, the observations from the current study are encouraging in terms of the potential value of (Venclexta plus a hypomethylating agent) in (blast phase myeloproliferative neoplasm), as a bridge to (allogenic hematopoietic stem cell transplant), with room for improvement.” 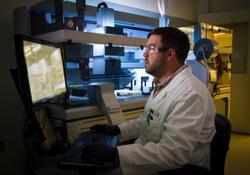