A patient with cancer writes about trying acupuncture as another potential tool to lessen the effects of chemo-induced peripheral neuropathy and offers advice for other patients on how to possibly deal with the debilitating side effect.

“Scientists don’t want to do research in things like peripheral neuropathy because it doesn’t bring the recognition of finding something like a treatment-changing drug.”

I’m not going to name the scientist who said that to me back in 2017 when I was asking about why there was so little known about making life better when you have chemotherapy-induced peripheral neuropathy (CIPN). In many ways, I think he was right — the stuff that gets attention is often related to “groundbreaking” discoveries, even though most of time those never reach clinical trial stage with people.

But, thankfully for those of us who live with the side effects of cancer treatments, that scientist was also wrong — there are talented people researching CIPN and their work is starting to bring about change in my life and, I hope, in the lives of many others.

CIPN is a common side effect of some cancer therapies. Most often, it results in pain, tingling and/or numbness in the hands and feet that can also result in balance and injury issues. An analysis from a few years ago showed that 30% to 40% of all patients with cancer receiving neurotoxic chemotherapy treatments experience it.

In terms of patients with breast cancer receiving a taxane (for instance, Taxol), a large study found 40% of patients reported CIPN symptoms two years after treatment started and 10% reported the symptoms as severe.

Explained in this way, it may have caused you to shrug and think, “Sounds like a small price to pay.” But you’d be wrong.

For me, CIPN means I have to walk carefully and have fallen a couple of times, that it is a painful exercise to handwrite notes to my friends or kids, that I have broken many dishes washing by hand, and have constant numbness that has spread above my ankles. I have friends who have had to leave careers because of CIPN and one who resorted to wearing a boot to support his ability to walk.

There is evidence that cryotherapy during neurotoxic treatments (that is, icing your feet and hands) can prevent CIPN or reduce severity. I was not offered that as an option back in 2015 when I received a taxane and I didn’t know to ask about it.

However, CIPN can develop despite doing all the “right” things. Luckily, there’s a lot of research right now into how to treat it and improve quality of life. That research includes the therapeutic use of exercise, cannabinoids, acupuncture and more.

I’ve been exercising regularly and include balance exercises from the physical therapist who helped me after an injury and a video from Unite for HER, which humorously points out how easy it is to work balance exercises into my day.

I am also in the midst of twice-a-month visits with a doctor trained in acupuncture. I didn’t come easily to acupuncture — fear of needles, skepticism and not wanting additional appointments on my calendar all conspired with my oncologist’s seeming reluctance to recommend and prescribe it. However, she has seen good response in some of her patients and brought it up as a possibility late last year, but the pandemic made scheduling in-person treatments difficult.

I finally decided to pursue acupuncture when I learned my insurance covers it for a certain number of appointments each year. My treatment involves incredibly thin needles placed along my feet, ankles, knees, hands and lower arm, with some of them connected to an electric current that causes nearly unnoticeable vibrations. The doctor also places a needle or two in the outer part of my ear and top of my head to try to reduce anxiety I experience from the treatment. Once set up, the doctor turns on soft music, dims the light and leaves the room for about 25 minutes. At this point, I look forward to these sessions.

Living well with cancer, either as a patient or a survivor, demands being open to changes in how you might receive care. Acupuncture is a leap of faith for me, but I take it as seriously as I do my regular treatments with anti-cancer drugs. The researchers and clinicians who recognize the life-altering effects of poor quality of life, whether from CIPN, diarrhea, fatigue, chemo brain and more, have my respect.

Maybe CIPN will never entirely disappear as a side effect, but the research tells me that someday we will have good therapies to actually make it both less common and less severe. In the meantime, if you live with CIPN, some quick tips are keeping hands and feet warm, consistent exercise that includes balance exercises (ask your doctor to refer you to physical therapy for guidance) and pursuing the new science in integrative techniques including participating in CIPN research efforts. 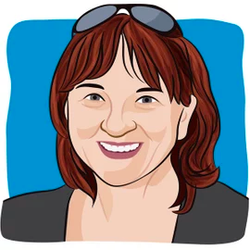 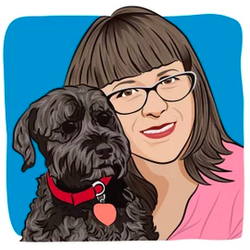