What’s Next in Myeloproliferative Neoplasm Treatment?

There are promising drugs for myeloproliferative neoplasms coming down the pipeline.

It is an exciting time for the treatment of myeloproliferative neoplasms (MPNs), as new treatments continue to emerge, according to Dr. Srdan Verstovsek, who also advocated for participation in clinical trials to continue to move the field forward.

“The patients in studies benefit early on – they’re ahead of everyone else,” said Verstovsek, professor of medicine, Department of Leukemia at The University of Texas MD Anderson Cancer Center, during his presentation at CURE®’s Educated Patient® MPN Summit.

Polycythemia vera and essential thrombocythemia are types of MPNs that tend to be benign. However, they have a promising new medication called ropeginterferon alfa-2b in development that may be approved later this year, Verstovsek said.

“Now, you may say that interferons have been around for 50 years as a therapy for PV and ET, but this one appears different,” Verstovsek said. “It’s what I call super long-acting. It’s given under the skin every two weeks and most patients can get it for a year or so once a month – so not too often.”

Perhaps the most exciting aspect of ropeginterferon alfa-2b is that it is very well-tolerated, which means that patients can be on the treatment for a long time.

“That was the main problem with interferon in the past. When you get a complete pathological response, you possibly can get side effects in the bone marrow or a malignant clone,” Verstovsek said, explaining that malignant clone measures how many cells in the bone marrow are affected by the JAK2 mutation. JAK2 mediates how cytokines signal the production of red blood cells and platelets.

Ropeginterferon alfa-2b was approved in Europe two years ago, and Verstovsek cited a study that showed that after five years on the treatment, 15% of patients had a complete molecular response, meaning that there were no detectable cells with the JAK2 mutation found.

“Now this is very exciting. This is where the field is going, trying to address the biology of the disease, and possibly eliminate malignant clone and see whether this will lead us to decrease the risk of transformation to myelofibrosis or acute myeloid leukemia, which are serious and deadly complications in patients with PV and ET,” Verstovsek said.

Similarly to polycythemia vera and essential thrombocythemia, exciting advances in myelofibrosis are improving the types of therapies that already exist. In this case, it is the development of new types of JAK inhibitors.

“JAK inhibitors have been around for quite some time. They inhibit the underlying biology problem in myelofibrosis, which is hyperactivity of the signaling pathway inside the bone marrow cells that make us grow,” Verstovsek explained. “The pathway is called the JAK/STAT pathway. So JAK inhibitors inhibit that, decreasing the growth of cells and improving quality of life.”

The two new JAK inhibitors that Verstovsek discussed were momelotinib and pacritinib, which could become FDA-approved in the next few years, Verstovsek said.

In June 2019, momelotinib was granted a fast-track designation for patients with intermediate/high-risk myelofibrosis, as the drug improved anemia in patients with the disease.

Pacritinib was granted a priority review in June, meaning that the FDA will speed up the review of the drug, which showed promising results in reducing spleen volume for patients with myelofibrosis with severe thrombocythemia

Additionally, non-JAK inhibitors are also in development, both as single-agents or in combination with currently available MPN therapies, like Jakafi (ruxolitinib).

“What we are facing is not an issue of what to test – because we have a lot of ideas and lots of biological abnormalities have been discovered – but who should these new medications be given to?” he said. 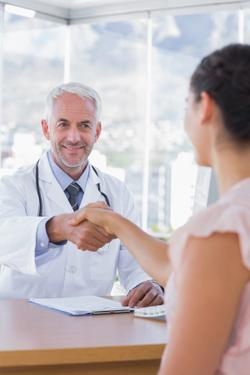