You may have noticed I haven’t posted a blog lately. It could only mean one of two things: I ran out of things to say or, it’s gardening season. As my family is sure to attest, the former is impossible.
BY Carolyn Choate
PUBLISHED June 13, 2018
Carolyn Choate recently retired from the TV production industry to write full-time. Diagnosed at 45 with stage 3 estrogen receptor-positive breast cancer in 2003, she underwent two radical mastectomies - in 2003 and 2012 - without reconstruction. Carolyn credits Angela Brodie, Ph.D., and her discovery of the aromatase inhibitor, for saving her life and those of millions of women globally. In the summer of 2017, Carolyn and her older daughter kayaked from New Hampshire to Baltimore in tribute to Dr. Brodie. When not informing others about Dr. Brodie and the "living flat" movement, Carolyn enjoys gardening, cooking and RVing with her family and dog. 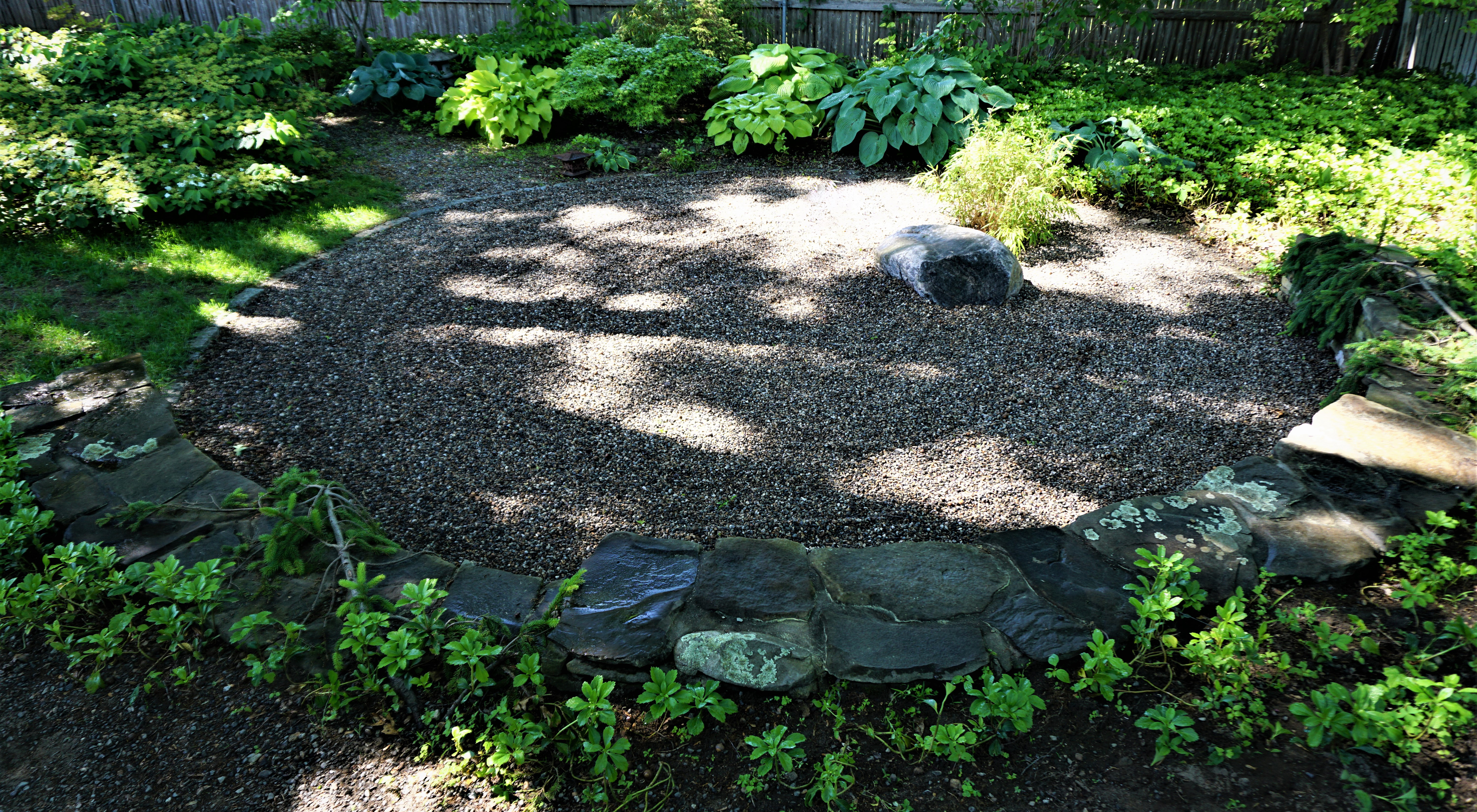 Carolyn Choate's Garden - Courtesy of Carolyn Choate
You may have noticed I haven’t posted a blog lately. It could only mean one of two things: I ran out of things to say or, it’s gardening season. As my family is sure to attest, the former is impossible.

For you gardeners out there who live in the northeast region of the country – especially New England – you know exactly of what I speak. We live to garden this time of year – flower and/or vegetable – as our window is short. Strictly speaking, it lasts Memorial Day through mid-October. Halloween, if we’re real lucky.

While the months of April and May are often associated with carefree spring days and nostalgic Victorian images of May poles, we’re out slogging in the damp soil, raking leaves into piles that resemble a mini-mountain range in our yards, unless it’s still snowing into mid-April, which it’s famous for – make that, infamous for – in our neck of the woods.

We’re tilling the vegetable garden and amending the soil with the rich compost we’ve let mature since last year; fertilizing the flower and shrubbery beds with organic, slow-release granules; digging up the specimens we decided we didn’t like after all and replacing them with something we spent a lot of time wracking our brains over like a person possessed. Why did I plant a trio of boxwood there when, clearly, fountain grass would look more fabulous?

Then it’s off to the nursery, list in hand, for vegetable seeds and seedlings and our favorite four-inch pots of herbs. I’m the type who never lays out my vegetable garden the same way twice and revels in experimentation. Still, there will always be some variety of tomato, cucumber, eggplant, pepper and leeks. This year, I added zucchini and rainbow chard. There’s always basil, rosemary, parsley, tarragon, sage, oregano, chives and thyme. I’m foregoing the lemongrass this year. And the cilantro, although tasty, is just too demanding. My blueberry and raspberry borders will be heavy with fruit by mid-July. As much as I love melons, I just don’t have enough room for their prolific vines.

If you’re like me, you’ve redesigned the front yard four times in 25 years and the back yard three. It started with an Americana cottage theme with lots of flowering perennials all around. It has since evolved into a more subdued landscape in the front of the house with flowering shrubs and greenery of contrasting textures and shapes and rhythmic pops of purple and white.

The shady, back lot has a decidedly Japanese sensibility with a traditional Karesansui garden (a dry landscape garden) for raking in meditation, surrounded by a woodland of ferns, viburnum, weeping spruce, umbrella hosta and the occasional eye-popping singular specimen that makes the hair on my neck stand up when seen in a “certain slant of light,” to steal a phrase from Emily Dickinson. A low shasta doublefile viburnum, an Okushimo Acer green Japanese maple and an early blooming wisteria – brachybotrys Murasaki-Kapitan – growing handsomely over a pergola.

I’ve rebuilt the raised vegetable beds on the west side of the house out of real, untreated wood too many times to count. Why? Because I can. Because I’m alive and nothing – almost nothing – brings me more joy than playing artist, botanist, landscaper, God on my little patch of earth.

I’m convinced some people – and I’m one of them – have a DNA-related, primal affinity to our agrarian ancestors. Both my maternal and paternal grandparents were farmers, which bolsters my theory. Or, at least, it sounds pretty convincing.

Now, as a literature nerd in high school in the early 1970s, then college, and graduate school, I was obsessed with the poetry of American ex-patriot T. S. Eliot (1888-1965), whose poignant images of the disenfranchised soul in early 20th century London became one of the great masters of the modernist poetry movement. (Eliot’s, Old Possum's Book of Practical Cats (1939) became the basis for the hit Broadway musical, Cats.)

As with all great poetry, his tome, “Waste Land,” about the emotional and physical devastation in the wake of World War I, has a universal, timeless message. His genius, the effortless cadence of imagery drawn from the natural world as a metaphor for life:

APRIL is the cruelest month, breeding.
Lilacs out of the dead land, mixing.
Memory and desire, stirring.
Dull roots with spring rain.

When I was diagnosed with advanced breast cancer many Aprils ago, the poet who infatuated me from the age of 17 invited me, at 45, to rediscover the deeper truths of his work from a far different perspective.
April is cruel, I duly noted, first off. Cancer is war. And, who the hell is going to look after my gardens if I die on its miserable battlefield?

It’s a lot to take in. Gardening is secondary to family, of course, but when you are forced to give an accounting of all you love and care for in this life and are suddenly faced with the prospect of the ultimate separation, well, it takes some adjustment. Some horse trading, as I am wont to say.

As in, I can let go more easily knowing I did my level best loving and caring for my family, and they, reaffirm such by not pressuring me to fight beyond my means.

As in, I can let go a little easier confident in the thought I lived life to the fullest when I was able and didn’t let fear of failure stop me from pursuing any imaginable goal.

As in, I can let go a lot easier satisfied I not only championed causes I believed in – community service and engagement, human and animal rights, environmental sustainability, cultural literacy – but also influenced my children, as well, to be engaged in the community in which they live.

As in, I can let go so much easier if I can be reassured I won’t be forgotten and buried like a shard of pottery in the garden. Talk about me. Laugh about me. Celebrate me. Cry for me, on certain occasions, but please don’t ever forget me or what I lived to represent.

Needless to say, I conquered the enemy. For now. But sooner or later, something will catch up to me, and when it does, I think I will be more prepared than most, perhaps, to deal with the emotional fallout thanks to my near-death cancer experience. This lover of the soil only hopes the grim reaper will call in the dead of winter. I need to place my order for leek seedlings at the greenhouse up the road by mid-March.