What I Have Learned from Kids with Cancer

Long before my own cancer diagnosis I received this life-changing lesson in courage
BY Khevin Barnes
PUBLISHED January 27, 2017
Khevin Barnes is a Male Breast Cancer survivor, magician and speaker. He is currently writing, composing and producing a comedy stage musical about Male Breast Cancer Awareness. He travels wherever he is invited to speak to (and do a little magic for) men and women about breast cancer. www.BreastCancerSpeaker.com www.MaleBreastCancerSurvivor.com 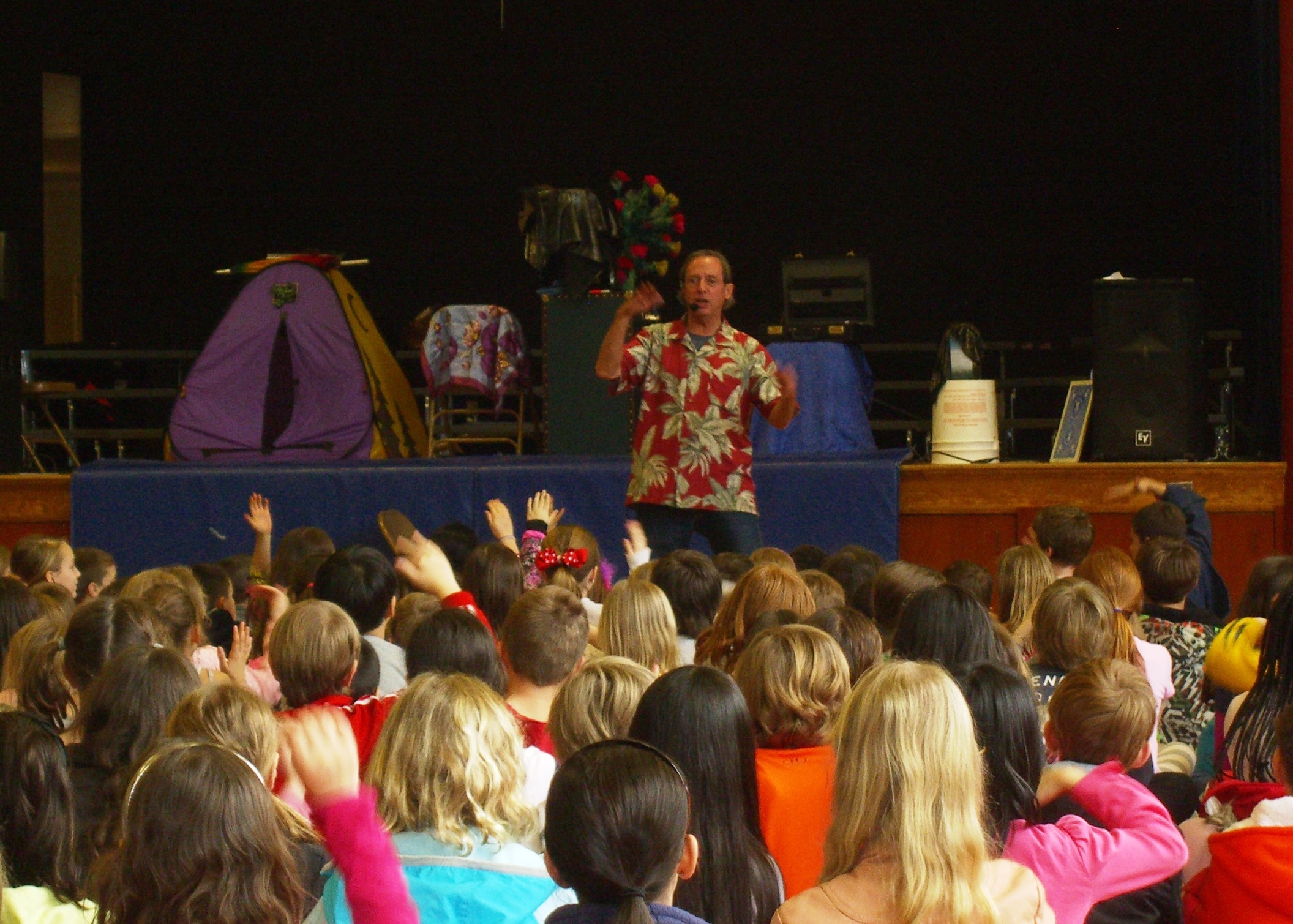 One of my favorite memories as a magician performing for kids cancer camps happened twenty years ago, long before my own male breast cancer was diagnosed. It was my wife at the time as she battled stage 3 ovarian cancer who created this poignant moment; an event that was to change my life forever.

She was 43 years old when her cancer was discovered and 47 when she died. We had no health insurance at the time, but were fortunate to be living in Oregon, where the statewide health plan covered catastrophic illness for residents in need of financial assistance. The first course of action for her was a hysterectomy followed by many rounds of chemotherapy.

Her surgeon had “donated” his time and talents, and as a way of thanking him, we offered to visit children’s hospitals and cancer camps with our own donation of magic shows, along with a mention of him as the “sponsor” of the programs. Our shows were designed to bring an hour of fun for the children who ranged in age from toddlers to young teens. It was inspiring to see the kids and my wife forget about cancer, however briefly, and enjoy some magical entertainment.

We fell in love with these kids and I learned very quickly that sharing ourselves with children was a wonderful, healing medicine for the two of us.

It was at the end of one of those shows with over 200 kids from across the state in our audience that my wife did something unexpected and in my mind extraordinary, surprising the crowd and me at the same time. Unknown to the audience, she was seriously ill and had lost all of her hair for the third time due to chemotherapy. Despite the challenges performing presented for her, she never gave anything less than an enthusiastic and professional presentation.

On this particular day, as we took our final bow, she spontaneously ripped off the human hair wig that she wore to cover her baldness and threw it high into the air.

I’m certain that my look of amazement was identical to the reaction of the crowd as we witnessed that bold finale to our program. The young audience erupted into instantaneous laughter and applause as they realized that this beautifully costumed and coiffed “magician’s assistant” was actually one of them.

The memory of that moment has stayed with me all of these years. But what touched me the most about the experience was the uncanny effect this sense of comradery had created between so many sick young children, the cancer survivor and the entertainer standing before them.

And now, 20 years later, nothing has been more powerful or more rewarding for me in my own cancer story than the connection I’ve found with other survivors, both men and women—and of course, children.

As painful as it is to meet a sick child fighting a life threatening disease, the remarkable resilience and courage that I’ve seen close up has allowed me to experience a side of survival that is much more powerful than any cancer can ever be.

It was a touching lesson in impeccable boldness and compassion that instilled in me the sense that there was some real magic in the world far more astonishing than anything we had created on stage.

www.BreastCancerSpeaker.com
Be the first to discuss this article on CURE's forum. >>
Talk about this article with other patients, caregivers, and advocates in the General Discussions CURE discussion group.