People with cancer who subscribe to a strong spiritual belief system report a better ability to cope.
BY THERESA SULLIVAN BARGER
PUBLISHED December 13, 2018 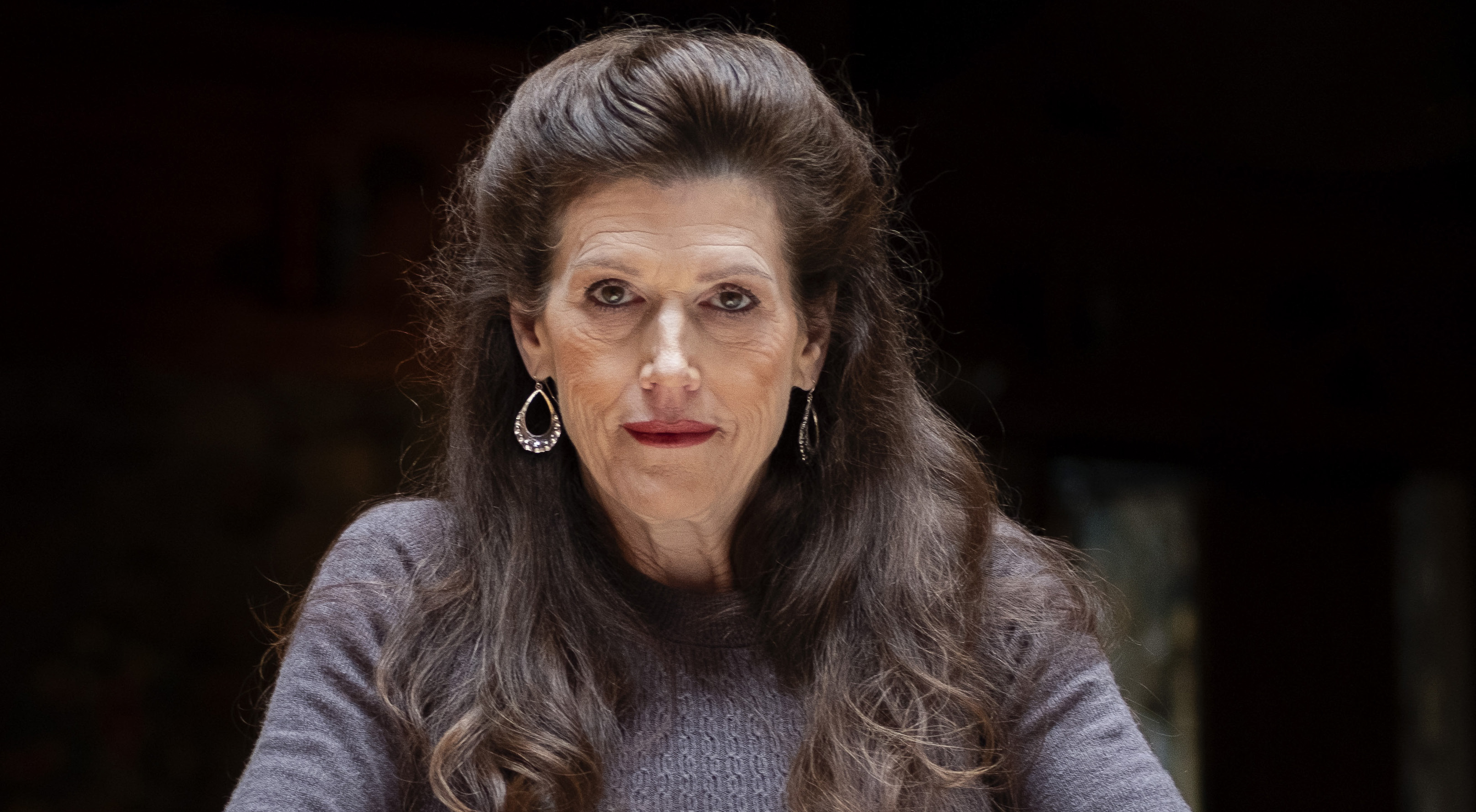 At 36, she didn’t know if she would live to see her children start school and decided to turn the worry over to God: “This is too much for me to handle. I’ll let you handle it, and I’ll tag along for the ride.”

Her children are now 23 and 20, and her faith has deepened during the 19 years she has lived with incurable stage 4 cancer.

“I became very comforted going to my church. I found a lot of love and support and prayer,” Green says. Church members and neighbors raised money to send Green and a friend to Lourdes, France, a major Roman Catholic pilgrimage site where people have reported miraculous cures. Green drank from the spring and bathed in its waters, believed to be healing. She extended her stay to a full week, forgoing a planned trip to Paris.

“That was when I came to a point of acceptance. I was just going to live my life as best as I could each day and not wait to die,” says the Farmington, Connecticut, resident. Patients with cancer who have a religious or spiritual belief system report better physical health, according to the results of a meta-analysis of studies involving more than 32,000 adults with cancer. Those who believe in something outside themselves, whether it involves an organized religion, faith in a higher power or a spiritual connection to nature, report a stronger ability to cope with a cancer diagnosis and whatever follows.

“People who are more religious or spiritual say they feel better,” says Heather S.L. Jim, Ph.D., lead author of the study published in 2015 in Cancer, a peer-reviewed journal of the American Cancer Society. “One reason they may feel better is because they may get more social support. We know physical, emotional and social health are all interconnected.”

Because the study was based on how patients said they felt, Jim says, the authors can’t conclude whether religious or spiritual beliefs help people live longer or delay their cancer’s progress — the data aren’t available. Social connectedness, on the other hand, is associated with longer life; for example, patients with prostate cancer live longer if married rather than single.

Researchers for the studies included in Jim’s metaanalysis looked at age, gender and clinical variables such as type and stage of cancer, and the correlation with better physical health was consistent across all patient characteristics, says Jim, an associate member at Moffitt Cancer Center in Tampa, Florida.

The form of belief system didn’t seem to matter. “It wasn’t going to church, praying or meditation. It was having a purpose in life, feeling a belief in something greater than oneself,” Jim says. “It’s the sense of connection that seems to be important, not the content of the religious beliefs.” Those who were isolated reported worse physical, emotional and social health. People who attend religious services may be surrounded by a community that provides prayer and perhaps meals, visits and practical support.

Those who are spiritual say they feel lifted by the knowledge that people are sending good thoughts or praying for them, say Jim, chaplains and cancer survivors.

The form the support takes is as varied as the people who offer it. Toward the end of Bambi Fass’ life, when she could no longer make it to services, friends from her Oakland, California, synagogue and her rabbi visited daily to pray with her. The rabbi and a longtime friend played their guitars and sang. This comforted both Fass and her husband, Richard Tash.

The Rev. Susan J. Dunlap, Ph.D., M.Div., recalls that when a member of her church in Durham, North Carolina, finished chemotherapy, each person on the church’s care team brought the patient one flower from their garden to create a bouquet. Another person living with cancer said that instead of accepting the pastors’ offer to lay hands on him, he’d rather receive paper cutouts of church members’ hands. People fulfilled the request, adding messages of support.

“It was very meaningful to him to receive all those hands. It really communicated the love and care and the continued belonging in our community,” says Dunlap, who teaches at Duke University Divinity School and leads a dual-degree master of divinity program at the University of North Carolina at Chapel Hill School of Social Work. “A lot of times when people are sick, they’re cut off from the community. It’s helpful for communities to reiterate, ‘You’re one of us. We’re praying for you. We love you.’” 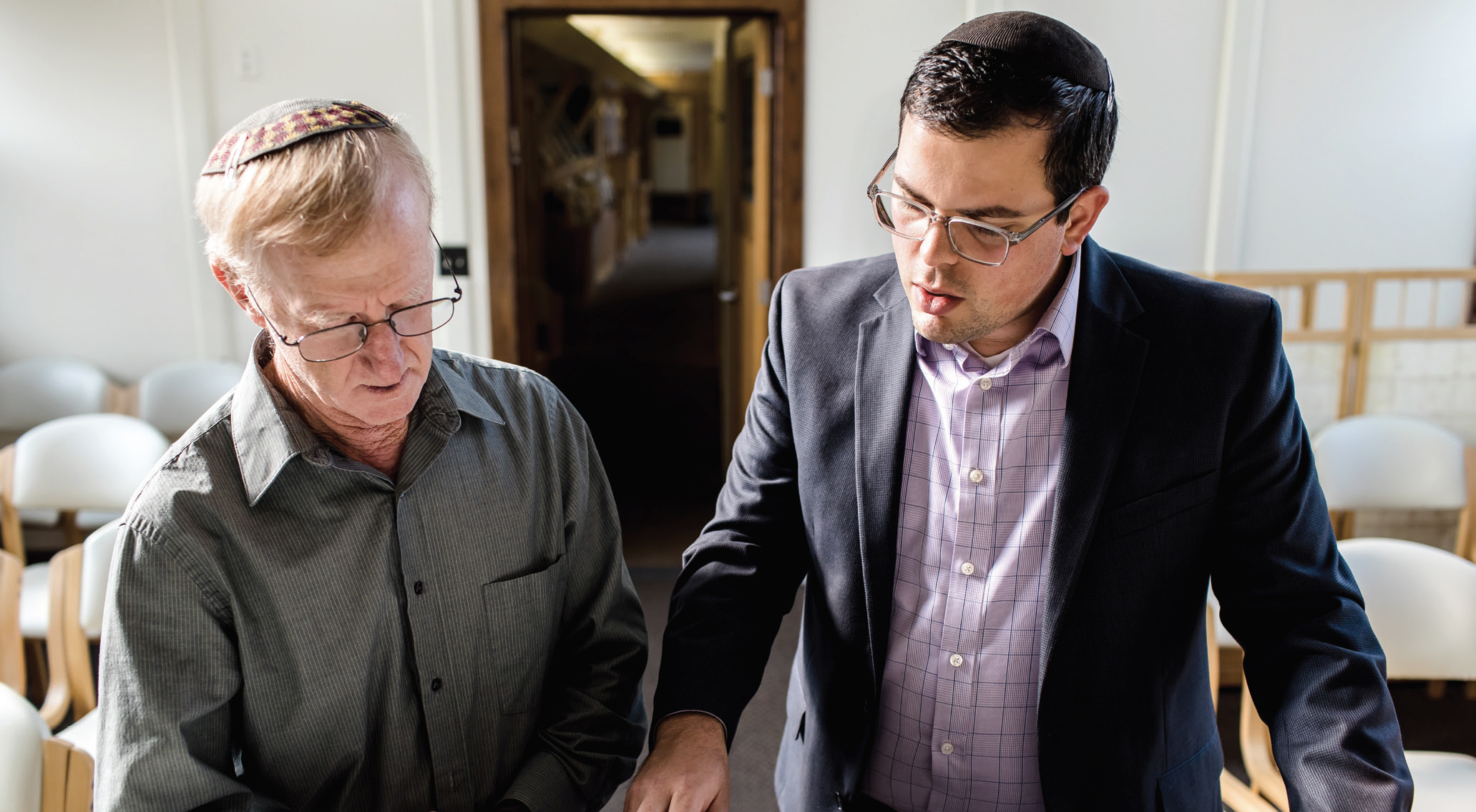 Rabbi GERSHON ALBERT, right, helped RICHARD TASH's wife through her journey. - PHOTO BY MARIELLE HAYES
Regardless of their belief system, many people face a crisis of faith when they learn they have cancer. This is normal and, as the Book of Psalms shows, part of human history, says the Rev. Jill Bowden, M.Div., director of chaplaincy services at Memorial Sloan Kettering Cancer Center in New York City. In many psalms, the writer describes feeling abandoned by God.

At the time of diagnosis, people often ask why they’ve gotten cancer. They wonder if God is angry with them and sometimes blame themselves, say Bowden and other chaplains.

Before her death two years ago, Fass had melanoma for five years, continuing to work as a physician assistant. She received immunotherapy and didn’t appear to be sick until the last nine months of her life, when treatment stopped working, her husband says.

“I think Bambi struggled with questions many people struggle with, such as: Why do bad things happen to good people?” says Rabbi Gershon Albert, senior rabbi of Beth Jacob Congregation in Oakland. “She found comfort in the Jewish tradition and had the ability to believe while still holding onto those questions. We have a lot of sources for continuing to believe when all hope is lost. I don’t think there was ever a day when she didn’t pick up her Book of Psalms. She took a lot of comfort in knowing that people were praying for her. She lived in that paradox.”

Studies show that those with a deep belief system have stronger coping skills during treatment and more peace at the end of life — and that includes atheists. Interfaith chaplains say they can help atheists feel peace by asking where they find support and strength. The chaplains mirror patients’ language so they feel comfortable expressing their fears and questions, says Larisa Waya, interfaith chaplain at Dana-Farber Cancer Institute in Boston.

“I think people who have meaning and purpose in life, and have a focus which allows them a sacred space to refocus on what’s most important to them, experience better outcomes because they’re able to process better,” says the Rev. Regina Pair Allen, M.Div., senior chaplain at The University of Texas MD Anderson Cancer Center in Houston. “Those who have no outlet, no core, no compass, are wandering in the desert of the journey of cancer.” Those with strong faith demonstrate higher rates of acceptance of their fates, chaplains say.

Green, who left Lourdes with a sense of peace and calm, says her faith has helped her look at each day as a gift. Rather than counting birthdays, she says, she embraces each day. Sure, she has her bad moods, anger and frustrations like anybody, she says, but her morning meditation practice centers her and reminds her to soak up smells, sights and experiences.

Before her diagnosis, Green’s faith was strong, but she didn’t attend Mass every week. After returning from Lourdes with a deepened faith, she began a daily habit of reading from the devotional book “Jesus Calling: Enjoying Peace in His Presence,” by Sarah Young, as well as meditating, journaling, observing nature and enjoying her coffee.

The average life expectancy for someone with metastatic breast cancer is two years, and Green has lived with this form of the disease for 19 years, long enough to celebrate her 23rd wedding anniversary. “I’m very, very grateful. I try to express that many times during my day,” says Green, 54. “That’s one of the things that I love having changed about myself because of this disease. I’m not just flying through life. I mentally try to slow down. I try to absorb as much as I can when I’m in a situation. I need to make sure that each day is not spent worrying about the day I’m not going to be here.”

For instance, when her daughter recently visited her for a couple of days, Green focused completely on their time together: “I wanted to smell her and be near her,” she says. Green does not believe that God gave her cancer.

“Cancer happened, and God gave me a way to deal with it,” she says. During her stay in Lourdes, she says, she hoped to get closer to God and deepen her understanding. She saw immense suffering among the other pilgrims and encountered people who were loving, kind and hopeful.

“That’s where a lightbulb went off,” she says: “‘Just go with this, Kim. Stop trying to feel like you have to control this. Just let go and stop waiting to die.’ ”

Similarly, Fass lived fully and intentionally. When her treatment stopped working, she transitioned to hospice care and embraced her impending death, her rabbi says: “I think that was made easier because of her faith.”

Witnessing his wife’s faith gave him strength, Tash says. At the time she switched to in-home hospice care, he was raising his 3-year-old granddaughter, too, so he was a caregiver to two people. “(That) made me dig deep about who I am and what I can accomplish,” he says. “Her faith — her energetic faith — helped me a lot.”


Contrary to assumptions that doctors focus solely on science and leave spiritual and emotional matters to chaplains and social workers, some doctors pray for their patients daily, before treatment or surgery, chaplains say. “We have doctors who pray over their patients. At shift change, you’ll see doctors and nurses going in and out of the chapel,” Allen says. “We provide prayer every morning before we do our rounds, to bless our work and pray over our patients that they feel the tangible touch of God.”

Similarly, if patients request it, Dana-Farber Cancer Institute chaplains invite everyone in the room before a stem-cell infusion to gather in a circle for a blessing over the bag of stem cells, Waya says.

Does any of this help?

That remains a mystery. On a scientific level, the factors that contribute to whether a person stays cancer-free or experiences progressive disease are multifaceted and interconnected with the illness, genes and other biological factors; behavioral factors, such as smoking; the patient’s social and emotional health; and other conditions, including, perhaps, faith, according to Jim. “There are so many factors at play that I don’t think we can identify all of them and model their interactions in a way to really be able to tell whether people can experience spontaneous healings and why. There are things outside the realm of science and more within people’s spiritual faith,” says the researcher.

She adds: “There’s so much of living and dying that we don’t understand that’s outside the realm of human understanding that we may never know.”
Continue the conversation on CURE’s forum. >>
Talk about this article with other patients, caregivers, and advocates in the Lymphoma cancer CURE discussion group.