‘A Sorority I Never Wanted to Join’: A Patient Helps Others to Find Support for Metastatic Breast Cancer 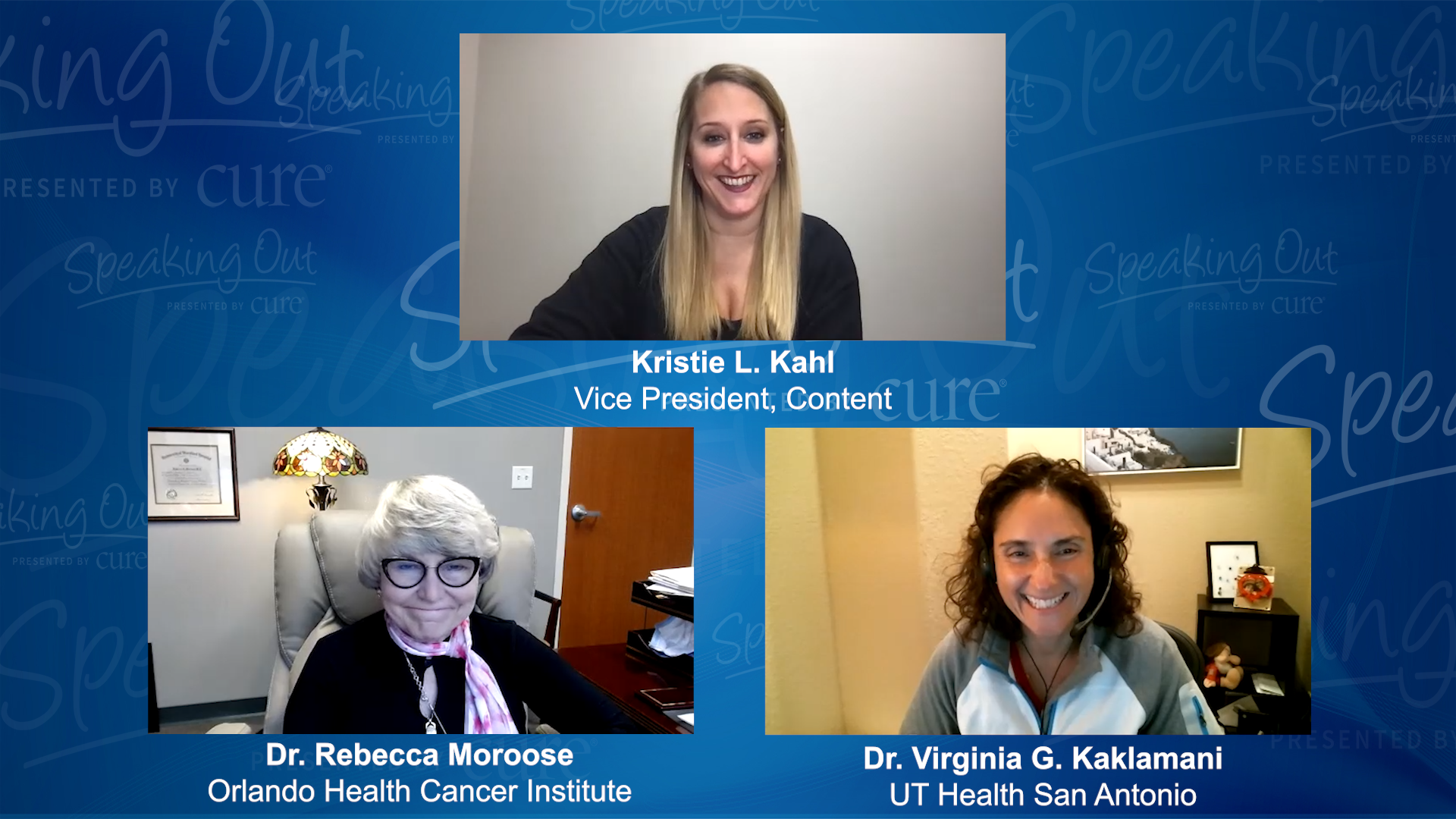 As part of its CURE Speaking Out video series, CURE spoke with Shirley Mertz, president of the Metastatic Breast Cancer Network, about finding support after a metastatic breast cancer diagnosis.

Kristie L. Kahl: Why is it important for us to raise awareness around metastatic breast cancer?

Shirley Mertz: Well, that is an excellent question and one that my organization has focused on for years. I think what we need to understand is that for decades, in the late 90s, early 2000, the public's image of breast cancer was formed by themes that we heard during the month of October. Those themes included the importance of training, early detection and mammograms, and also celebrating women who had survived their early stage.

Unfortunately, there was no mention of metastatic breast cancer patients. They were out of the picture. And so, there were some misconceptions that were inferred from these themes, such as all breast cancer is curable if it's found early. Or if the breast cancer spreads beyond the breast and the woman dies, then that's probably because she did not act early to detect it when it was still in her breast.

So in 2003, when the Metastatic Breast Cancer Network was founded, we made a decision that we had to work hard to raise an awareness about the differences between metastatic breast cancer and early stage. And we, especially patients who are diagnosed with the disease, we're being hurt mentally, psychologically, by ideas, sometimes from their own family or friends, that why didn't you catch this early, you know, then you wouldn't have to keep taking treatment. And so we began efforts to ask patients across the country who had courage to come out of the shadows, to put aside their guilt, and to speak to their friends and family, and more importantly, at conferences, about the differences between early stage and metastatic disease.

And then finally, we also tried to reach out to young people, because younger women were being diagnosed. So the last part of this, my response, I know, it's kind of lengthy, but one of the things that was missing in that time were discussions about metastatic breast cancer at conferences that major organizations conducted. So when we reached out and they said, “No, we don't think we'll include that,” the Metastatic Breast Cancer Network decided to put on its own conferences. And that was really a successful initiative. And we did that for nine years. And I can say now that conferences that are held about breast cancer, both from researchers, as well as major breast cancer organizations do include comments and research about metastatic breast cancer.

So the idea of awareness is just very, very important. Stage 4 needs more (awareness.) it was one of our mantras. And my last point is that when the Alliance was founded, they did a study of the amount of research that is done on early stage versus metastatic breast cancer. And in 2014, they announced that only 7% of research is focused on metastatic breast cancer. Today, they're attempting to do another study to see if that number stays. For the cancer that kills, that ends lives, destroys parents, loving mothers and sisters, we need more research. So that's why awareness is really important.

Kristie L. Kahl: How can patients and their loved ones get involved to also help raise more awareness?

Shirley Mertz: Well, it can be done in two levels. I have become acquainted with individuals who on their own, say, “I'm going to explain my situation at my local church, or to a big organization that I belong to,” or they ask their doctor if they can talk to people at maybe the hospital that they're getting treated. And so they share how their cancer occurred, what it's like to be a patient, and differences between early stage and metastatic stage. And then also some of these individuals have really gone to the next level, and raise funds for research. So the individual approach is one. I often advocate that if you're interested in making a difference, join an organization that is focused on either raising funds for research or spreading the word about metastatic breast cancer, because there is strength in numbers. And so either of these ways, our approach, the biggest thing is just having the courage as a patient to come out of the shadow, let go of the guilt you're feeling and say to yourself, I'm going to speak up, because knowledge is power. And I need to share good information with the public.

Kristie L. Kahl: We’ve talked to a lot of women who say often, this is a sorority that they didn't necessarily ask to join. Can you talk a little bit about how patients with the same type of diagnosis can serve as a support system for other women with the same diagnosis?

Shirley Mertz: Yeah, I love that reference. I should say I love it, but takes me back to the days of college when you are already in fraternities. Having metastatic breast cancer is not a sorority that women want to join. I mean, it's just, it's a horrific disease. And when you hear your diagnosis, you feel despair, anger, fear, it's awful. But I think that it's important to get across the point that patients need to be with and share their situation with other people in a similar situation.

And, you know, we talk often about women because most of the patients who are metastatic are women. But recently, I looked at a statistic that said 1 in 100 men also become diagnosed with metastatic breast cancer. And I'm confident that men don't want to become a member of a fraternity of patients.

But the metaphors, again, serve a good situation to explain that no matter what your race, no matter what your gender, no matter what your color, it is important to draw strength and knowledge from each other. And so topics that can be discussed with each other might be: How did you find your doctor? What treatments do you take? Do you have support from your family? What do you do when they're not supportive? So it's getting together and supporting each other because we understand our situation?

Kristie L. Kahl: Do you have advice for others to help them find the support system?

Shirley Mertz: Yes, I think there are two. Well, again, when I was diagnosed in 2003, and it sounds like ancient history, but the internet was really not very plentiful with sources where you could find other people. I mean, it took me two years and then going to a conference to finally see some other patients. It illustrates the importance to ways that patients can really help find support or support groups. And going on the internet with discussion boards, you know, and support groups can be found by googling. I have a very high opinion of sharecancersupport.org. SHARE is a large organization in New York City. And even though I live outside of Chicago, I have called SHARE and became part of a support group for a short time to talk through an issue that I had. On their website, they will show you how to become involved with a support group, it gives you choices of times, and they're run by people who are skilled at what they do.

And then the discussion boards are another example. And those are often also helpful to people. So that could be like the support with finding just other people. And then support often can be found by looking at organizations that now have lots of information on their website about metastatic breast cancer. I have great regard for breastcancer.org, which has good information; Susan Love Foundation; and I have to put a plug to CURE magazine. Not because you asked me to talk with you today. But I found out a few years ago that I could sign up. And because I was a breast cancer patient, I didn't have to pay anything. And this lovely, wonderful informative magazine comes. And I know it covers all types of cancer, but it certainly has articles about breast cancer and metastatic disease. And so that's another way that patients can find support.

My Dog Was by My Side Through the Toughest Cancer Days, and Now I’m Returning the Favor