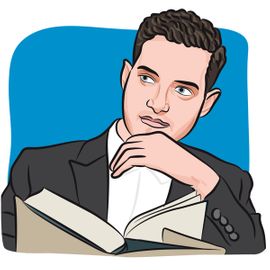 At just thirty years old, Steve was diagnosed with osteosarcoma, a rare and aggressive bone cancer. The journey has taken him through chemotherapy, multiple surgeries, and many different avenues of holistic health. An avid blogger, Steve shares his personal health regimens as well as love of music, movies and sports in his writing. Follow along his quest for wellness as he reacclimates into the world in spite of daunting statistics. You can connect with Steve on Instagram @steve_othercword, Twitter @othercword and his website, www.othercword.com.

At the end of the day, I'm still a man who likes a plan. Even if it doesn't always work out as expected.

It was a rare sighting. 99% fresh on Rotten Tomatoes! I had to know what all the fuss was about. What was it about this foreign movie, Parasite, that was so damn impressive?

So I braced for a few hours of subtitle-supported cinema (try saying that 5 times fast) and can gladly report that I walked out a happy customer. The originality of the plot is best enjoyed if you hold off your research and avoid over-revealing trailers. Instead, just let director, Bong Joon-ho take you for a ride and in the meantime, I'll lay out a non-spoiler crumb: the movie focuses around two families, the Parks (incredibly wealthy) and the Kims (dirt poor).

Ever since being diagnosed with bone cancer a few years ago, movies have become a crucial outlet for me to manage anxiety and feelings of isolation. When I'm at the theater, it's a 2 hour excuse to put my phone away and switch my mind to "standby mode", giving it a necessary break from the endless loop of to-do lists and health-related scares.

I've also found myself more emotional these days as I get caught up in the stories. Something to do with the safe detachment as a viewer, while still fully relating to stresses and struggles that come into play in the film. It always hits home with such intensity. In a good way. An important way. I've learned to welcome any tears as a healthy cathartic release along my quest for wellness.

Parasite laid out several themes that resonated with me. Take, for example, the societal classes placed in juxtaposition throughout the film: The Haves and The Have Nots. As a cancer fighter, I found myself triggered into viewing life through a different lens: those that have cancer and the "Have Nots".

I've never been one to dwell on the unfairness of my random misfortune. Not during chemo, not while recovering from surgeries, not during any of my darkest moments. It wasn't going to change anything. Why waste the energy?

Yet here I was, tailspinning in a wave of resentment as the movie portrayed just how oblivious the upper class Park family could be to anyone else's struggles. It felt so relatable in today's climate and got me pretty worked up! Although it wasn't long before scenes depicting the Kim's extreme state of poverty snapped me out of it. Chalk that up as a harsh reminder to keep things in perspective and appreciate what I do have.

There was also a debate in the film on whether or not it pays to have a plan. Why even bother if there is so much out of our control? Wouldn't it be more pragmatic to ride out whatever comes our way and find bliss in surrendering? After all, I was 30 years old, about to get married, earning money and living a pretty great life in NYC… and just like that, cancer. Trust me, that wasn't on my vision board.

Fortunately, like the Kims, my family have been tough SOBs in the face of danger. There is something incredible about the raw power of support and refusal to give up; to survive by any means necessary. It's inspiring, and I've been looking to shed light on life with cancer ever since. I want to point out what still brings me joy, like 99% fresh rated, thought provoking movies, as well as remind others who are struggling through harsh realities that they're not alone.

At the end of the day, I'm still a man who likes a plan. Even if it doesn't always work out as expected.

The Problem With the Phrase ‘Cancer-Free’

Why I’m Forever Grateful for My Genetic Mutations

Recent Breast Cancer News and Updates Patients May Have Missed