A Tale of Two Misdiagnoses

In this week’s episode, a pair who is forever connected by their genetic risk for cancer talked about the revelations that came from a study they participated in that changed both of their lives.

Learning of one’s increased risk for cancer can be an overwhelming experience but imagine also being told of the wrong results from your genetic testing.

Maureen Boesen and Connie Busch are forever connected to one another. After they participated in a genetics study at Creighton University led by Dr. Henry Lynch in the mid-1990s, both of their test results actually came back wrong. Maureen, who tested BRCA-positive and underwent preventive surgeries, was, in fact, negative for the genetic mutation, while Connie tested negative and only learned much later, she was actually positive with an increased risk for cancer.

In this week’s episode, we feature a conversation between the pair, who discussed the revelation that changed both of their lives.

“Is there any advice that you would offer?” Maureen asked.

“Don't be afraid of information,” Connie responded. “For me, knowing is better than not knowing. Sticking your head in the sand is not going to get you anywhere. If you have the information up front, you're making the decision, you’re not letting cancer make that decision for you.”

Maureen agreed, adding “For you, your family, your children and their children. It goes far beyond just us.” 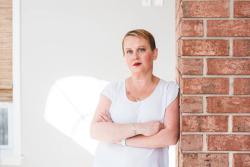