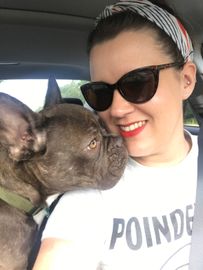 Darlene Dobkowski, Managing Editor for CURE® magazine, has been with the team since October 2020 and has covered health care in other specialties before joining MJH Life Sciences. She graduated from Emerson College with a Master’s degree in print and multimedia journalism. In her free time, she enjoys buying stuff she doesn’t need from flea markets, taking her dog everywhere and scoffing at decaf.

For patients with early-stage, unfavorable-risk Hodgkin lymphoma, this treatment option may allow for the reduction or elimination of radiotherapy in patients without malignant disease.

Adcetris (brentuximab vedotin) with four cycles of combination chemotherapy may improve complete response rates and two-year survival in patients with early-stage, unfavorable-risk Hodgkin lymphoma, according to a study published in the Journal of Clinical Oncology.

This treatment approach may lead to a reduction or elimination of radiotherapy specifically for patients who are positron emission tomography (PET)-negative, meaning that there is no evidence of malignant disease.

“Given the limited number of patients per cohort and the nonrandomized design, the current pilot study was not designed to definitively compare the four treatment arms,” the study authors wrote. “However, the outcomes establish (four cycles of Adcetris and doxorubicin, vinblastine and dacarbazine) as a highly active and well-tolerated regimen.”

Researchers aimed to assess whether a short course of Adcetris with doxorubicin, vinblastine and dacarbazine chemotherapy can allow the safe reduction or elimination of consolidative radiation in patients with early-stage Hodgkin lymphoma. To do so, 117 patients (median age, 32 years; 50% men) ages 18 to 60 years with early-stage Hodgkin lymphoma were treated with four cycles of Adcetris and chemotherapy including doxorubicin, vinblastine and dacarbazine. Researchers assembled four different groups with different unfavorable risk factors measurements to determine bulky disease. These groups received varying doses of radiotherapy:

Several factors were assessed throughout the study including safety in Cohort 1 and complete response rates according to PET scans for the remaining cohorts. Follow-up was conducted for a median of 3.8 years.

Patients experienced side effects including neutropenia (low number of white blood cells called neutrophils in the blood; 44%), febrile neutropenia (fever with neutropenia; 8%) and peripheral neuropathy (pain, numbness and weakness in the hands and feet; 54%). Side effects were largely reversible.

Immunotherapy Options Around the Bend