When Darzalex was added to Velcade and dexamethasone, patients with relapsed multiple myeloma had a reduced risk of disease progression or death, according to a recent phase 3 trial.

Darzalex (daratumumab), when added to the standard two-drug regimen of Velcade (bortezomib) and dexamethasone, reduced the risk of progression or death by 61 percent, and doubled response rates compared with the standard regimen alone, for patients with recurrent or refractory multiple myeloma. Those initial findings from the phase 3 CASTOR trial were presented during the 2016 Annual Meeting of the American Society of Clinical Oncology (ASCO), a gathering of 30,000 oncology professionals in Chicago.

Darzalex is the first monoclonal antibody approved to treat multiple myeloma. It’s approved as a single agent for patients who have undergone three prior treatment strategies, including one with a proteasome inhibitor and one with an immunomodulatory agent. In this trial, Darzalex was combined with a proteasome inhibitor — Velcade — instead of being given after treatment with that drug. Dexamethasone is a corticosteroid that is typically administered along with Velcade.

Median progression-free survival (PFS) was 7.2 months in the standard treatment arm and had not yet been reached in the Darzalex combination arm. Lead investigator Antonio Palumbo hopes these findings will be practice-changing.

“The hazard ratio of 0.39 (which indicates about a 60 percent improvement in PFS with the experimental combination) is unprecedented in randomized studies that compare normal treatment of relapsed/refractory multiple myeloma,” said Palumbo, chief of the Myeloma Unit in the Department of Oncology at the University of Torino, in Italy. “We hope that it may be considered today a new standard of care for relapsed and refractory multiple myeloma.”

The study included 498 patients who were randomized 1:1 to receive eight cycles of Velcade/dexamethasone with or without 16 mg/kg of Darzalex. Velcade was administered subcutaneously at 1.3 mg/m2 on days one, four, eight, and 11 of each 21-day cycle for a maximum of eight cycles. Patients received 20 mg of oral dexamethasone on days one, two, four, five, eight, nine, 11, and 12 of the first eight Velcade treatment cycles. Patients in the Darzalex group were administered an intravenous infusion of the antibody at 16 mg/kg weekly for the first three cycles, on day one of cycles four to nine, and then every four weeks. Treatment was administered until disease progression or unacceptable toxicity.

“There is a doubling in the rate of CR and VGPR. This is quite relevant because more patients do achieve a profound cytoreduction,” said Palumbo.

The higher proportion of thrombocytopenia and peripheral neuropathy in the Darzalex arm was most likely due to the fact that patients in that arm were exposed to Velcade longer in comparison with the control arm, which had a higher proportion of early progressions, said Palumbo.

The safety data from this study was encouraging, said Palumbo.

“Toxicities were consistent with the single agent, but more importantly there were no cumulative toxicities,” he said. “Daratumumab did not significantly increase any toxicities that were already present in the combination of bortezomib and dexamethasone.”

In November 2015, Darzalex was granted an accelerated approval by the FDA as a monotherapy for patients with multiple myeloma who had undergone three or more prior therapies based on data from two open-label clinical trials. The CASTOR study served as one of the confirmatory trials required for full approval. Darzalex is the first CD38—targeting monoclonal antibody approved for multiple myeloma. Janssen, which is developing Darzalex in collaboration with Genmab, announced in March that the CASTOR study would be stopped early after meeting its primary endpoint for PFS. Patients in the control arm can now cross over to receive Darzalex. Janssen plans to communicate with the FDA about the potential to file for regulatory approval for a new indication for Darzalex based on the CASTOR trial data.

Longer patient follow-up is planned to determine the impact of the Darzalex combination on patient survival. A clinical trial that combines Darzalex with another standard therapy for recurrent multiple myeloma is underway.

Although the CASTOR study looked solely at patients with relapsed/refractory disease, there is potential for the Darzalex/Velcade/dexamethasone combination to be used in an earlier setting eventually, said Palumbo. There are additional trials investigating various Darzalex-based regimens for patients with newly diagnosed multiple myeloma.

“This study will open the opportunity to have the combination approach after diagnosis at first relapse,” Palumbo said. “To some extent, we do need evidence before entering a new combination into the treatment arena, but on the other hand, at diagnosis today in myeloma, the remission duration is five years. If you double that you go to 10 years. Today, you have around a one-year remission at first relapse, if you double that, you go to two years. So it is very important to move as fast as we can to get this combination into the early phases of disease where it gives a major advantage.”

The Future of Cancer Looks Bright With Engineered Cells 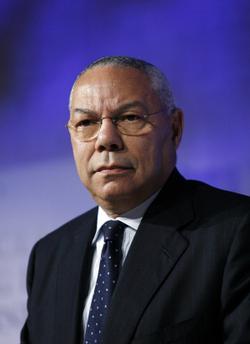 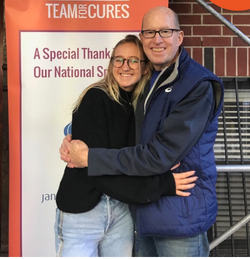 Paying It Forward for Other Patients With Multiple Myeloma