Exciting advances in treatment options for patients with mantle cell lymphoma are greatly improving the outlook for long-term remissions.

When James Landon received a mantle cell lymphoma (MCL) diagnosis in 2017, he was told his disease was “indolent,” meaning it was slow growing and didn’t need to be treated right away, especially since he was feeling fine.

But that changed in 2019. Landon, 50, an attorney in Tucson, Arizona, started to feel tired all the time. His physicians discovered that his white blood cell count was sky-high and his spleen was enlarged.

The first-line treatment for MCL has long been high doses of chemotherapy, often followed by a stem cell transplant. But when Landon traveled to The University of Texas MD Anderson Cancer
Center in Houston to explore his options, he was offered an alternative: an experimental regimen combining the drugs Imbruvica (ibrutinib) and Rituxan (rituximab). Imbruvica blocks a protein called Bruton tyrosine kinase (BTK), which is a driver of MCL, and Rituxan is an antibody that targets overactive B cells of the immune system that have been implicated in the disease.

Five months after starting the combination — four Imbruvica pills every morning and once-weekly infusions of Rituxan — Landon’s positron emission tomography (PET) scan showed no evidence of disease. If he stays clear, he’ll undergo a short course of chemotherapy and then move to a maintenance therapy of one year of Ibrutinib and two of Rituxan.

“Having this option has been fantastic, in my opinion, because the drugs so far have worked well for me, with no toxicity,” says Landon, who adds that he has plenty of energy to work full time and play with his 10-year-old son.

BTK inhibitors and immunotherapy are among the newer therapeutic options for patients with MCL that are greatly improving the outlook for long-term survival. In addition to these targeted drugs, Tecartus (brexucabtagene autoleucel) — the first cell-based gene therapy for MCL in patients who haven’t responded to or who have relapsed following other kinds of treatment — was approved by the Food and Drug Administration (FDA) in July and is a one-time personalized treatment made from patients’ own immune cells.

“We now have several good nonchemotherapy options for treating MCL,” says Dr. Anthony Nguyen, a professor at the University of Nevada, Las Vegas School of Medicine and a medical oncologist at Comprehensive Cancer Centers of Nevada. “We may be able to tell patients we can treat them without toxic chemotherapy, which can be reassuring, particularly for older patients.”

MCL is a subtype of non-Hodgkin lymphoma (NHL) that’s characterized by the overproduction of a protein called cyclin D1. In about 85% of patients, that overproduction is caused by a genetic abnormality called reciprocal chromosomal translocation, which can be detected with diagnostic testing of tumor samples. MCL accounts for about 6% of all NHL diagnoses and is more common in men than in women, according to the Leukemia & Lymphoma Society.

The standard first-line treatment for MCL is high-dose chemotherapy, often with a four-medicine regimen called hyper-CVAD, followed by a stem cell transplant with a patient’s own cells or with those from a donor. The regimen often puts patients into long-term remissions, but the side effects — including nausea, mouth ulcers and kidney damage — can be difficult or even dangerous, particularly for patients with other illnesses.

The newer medicines and cell therapy were approved by the FDA to treat patients with MCL who don’t respond to chemotherapy and transplants or who relapse. But as physicians gain more experience with these therapies, there’s a growing interest in using them earlier in the treatment process to not only improve the chances of long-term remissions, but also to improve the quality of life for patients by sparing them from harsh side effects.

The FDA approved the first BTK inhibitor to treat MCL, Imbruvica, in 2013, based on a study showing an overall response rate (meaning the disease responded to treatment) of 68% and a complete response rate (the disappearance of all signs of cancer) of 21%. The average period that patients lived without their disease progressing was more than a year, and side effects were mild stomach upset and fatigue.

Another targeted treatment, Venclexta (venetoclax) is also being studied in MCL. Venclexta targets the protein BCL2, which promotes cell survival and is abnormally elevated in MCL — helping to drive progression of the disease. In a small trial of Venclexta, 75% of patients with relapsed MCL responded to the drug, 21% of whom had complete responses. There’s even more interest in studying BCL2 inhibition in combination with BTK blockers. In a recent study of Venclexta combined with Imbruvica, the median progression-free survival time was 29 months.

“This is an extremely promising combination,” says Dr. Abhijeet Kumar, assistant professor in the division of hematology and oncology at the University of Arizona College of Medicine. Kumar is an investigator in an ongoing trial of Venclexta and Imbruvica in MCL.

There is, however, a risk of increased side effects when targeted treatments are combined. Imbruvica can cause bleeding, for example, and both drugs can lower neutrophil (a type of white blood cell) counts. Venclexta is also known to cause tumor lysis syndrome, a rapid release of tumor cells into the bloodstream that can endanger the kidneys and other organs. Still, so far, “the combination seems to be well-tolerated,” Kumar says.

Another two-drug treatment for MCL that has generated enthusiasm among oncologists treating the disease is dubbed “R-squared” because it combines Rituxan with Revlimid (lenalidomide), a drug that works by boosting the immune system’s T cells and natural killer cells, which work together to attack cancer.

In a study of R-squared in 38 patients with newly diagnosed MCL, the progression-free survival rate after three years was 80% and overall survival reached 90%. “The response is durable,” says Dr. Bijal Shah, an associate member in the department of malignant hematology at Moffitt Cancer Center and one of the study investigators. During the R-squared trial, patients typically stayed on the combination for three years and then took Revlimid alone as long as the disease remained stable.

Similar benefits have been seen with a combination of Velcade (bortezomib), Revlimid and chemotherapy, a regimen called VR-CAP. Velcade is a targeted drug that works by disrupting the growth of MCL cells and prompting them to die.

In a trial of patients with untreated MCL, adding Velcade to Revlimid and chemotherapy extended progression-free survival by 37%. The addition of Velcade more than doubled the median duration of response to 41 months.

Both R-squared and VR-CAP have moved into the frontline treatment setting, Shah says. “With that, we’re able to see really pronounced clinical benefits. We’ve seen very long remissions,” he says.

Several other combination strategies also are being investigated for MCL, including some that incorporate the drug Treanda (bendamustine), which works by causing DNA damage to cancer cells. In one study, combining Treanda with Rituxan improved progression-free survival rates over chemotherapy in patients with MCL or indolent NHL. More than 15 studies are now underway combining Treanda with Rituxan and other MCL treatments.

Even though targeted and combination treatments have extended survival times in MCL, most patients eventually relapse. Now there’s a new option for those patients: Tecartus, a personalized therapy made from a patient’s own immune cells. The one-time treatment was approved by the FDA to treat patients who have not responded or have relapsed following other kinds of treatment.

Tecartus is a chimeric antigen receptor (CAR)-T cell therapy similar to Yescarta (axicabtagene ciloleucel), a CAR-T cell therapy approved by the FDA in 2017 to treat some types of large B-cell lymphomas. Like Yescarta, Tecartus targets CD19, a protein that’s prevalent in cancerous B cells. Tecartus is made by extracting T cells from the blood of the patient with MCL and genetically modifying those cells to recognize and attack the cancer. In addition, the cells are put through an enrichment process designed to prevent them from wearing down before they are infused back into the patient.

In the clinical trial that led up to the approval, 87% of patients responded to Tecartus and 62% went into remission. Side effects, which included the immune overreaction known as cytokine release syndrome and neurological events, were manageable during the clinical trial, says Dr. Michael Wang, a professor in the department of lymphoma and myeloma at The University of Texas MD Anderson Cancer Center and one of the clinical trial investigators.

Experience with previously approved CAR-T cell treatments led to the widespread use of anti-inflammatory medications such as interleuken-6 inhibitors and steroids to treat cytokine release syndrome, Wang says. “We have a variety of supportive measures to manage the side effects,” he says.

With the approval of Tecartus, Wang says oncologists can envision a “flattening of the survival curve” in MCL. “It’s an option for people who become resistant to targeted therapies and chemotherapy,” he says. “It’s very possible we will be able to put some people into long- term remissions.”

Bob Brixner, a 20-year survivor of MCL, has been watching all the new developments with interest. When he received an MCL diagnosis in 2000, he had no choice but to endure chemotherapy followed by a stem cell transplant with his own cells. When he relapsed in 2004, he was prescribed a more intense chemotherapy regimen, followed by a stem cell transplant from an unrelated donor.

He’s grateful the second treatment put him in a long-term remission, but he still remembers the brutal side effects, which included extreme fatigue and a bout with pneumonia. “And with the transplants, my immune system didn’t come back 100%,” says Brixner, 70, a retired Chicago public schoolteacher. “Nowadays if I catch a cold, instead of lasting a week, it will last three.”

Brixner advises all newly diagnosed patients to ask a lot of questions about their treatment choices — and to get a second opinion. “I think it’s really important to be an informed patient,” he says, especially since there are so many new choices. “Some patients may not have to go through what I did,” he says. “I’m delighted.” 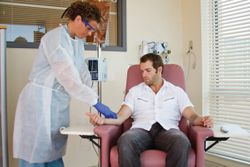 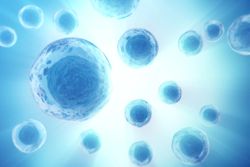