Aspirin Use Associated With Lower Mortality in Colorectal Cancer

Daily or weekly aspirin regimens may have a positive effect on colorectal cancer outcomes, a recent study found.

Aspirin use may be more beneficial than just fighting off the frequent headache, according to the results of a study presented at the American Association for Cancer Research (AACR) Annual Meeting.

Long-term and regular use of aspirin was found to be associated with reduced risk of deaths from a number of diseases—including colorectal cancer.

“Accumulating evidence suggests that aspirin not only reduces the risk of developing cancer, but may also play a strong role in reducing death from cancer,” Yin Cao, M.P.H., Sc.D., lead author on the study, said in a press release.

Cao and her team examined 86,206 women enrolled in the Nurses’ Health Study between 1980 and 2012, and 43,977 men enrolled in the Health Professionals Follow-Up Study from 1986 to 2010. The participants’ aspirin use was noted at baseline, and then recorded again every two years.

According to the release, benefits were observed at dosages between a half of a standard aspirin tablet a week to seven aspirin tablets a week. The United States Preventative Services Task Force (USPSTF) currently recommends low-dose aspirin for adults between the ages of 50 and 69 to help prevent cardiovascular disease and colorectal cancer.

“These findings suggest that aspirin’s established benefits in cardiovascular disease and colorectal cancer reduction may extend to other common causes of death, including several major cancers,” Cao, an instructor in Medicine, Clinical and Translational Epidemiology Unit at Massachusetts General Hospital and Harvard Medical School, said.

However, Cao also mentioned that while these results may be exciting and lend more insights to the potential benefits of aspirin use, more research needs to be done to better understand this correlation.

“We need to conduct additional work to balance these benefits against the harms of use, such as gastrointestinal tract bleeding and hemorrhagic stroke,” she said.

As always, patients should consult with their doctors before starting an aspirin regimen. 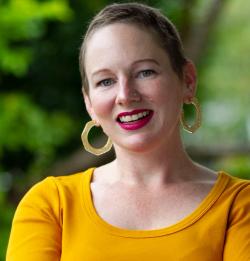