From a childhood cancer survivor throwing out the first pitch at Game 4 of the World Series to former WWE champion and actor Dwayne “The Rock” Johnson recording a message for a child with brain cancer, here’s what’s happening in the cancer space this week.

The first pitch of Game 4 in the World Series was thrown out by a 19-year-old childhood cancer survivor.

Luke Theodosiades, a childhood cancer survivor and Philadelphia Phillies fan, threw out the first pitch in Game 4 of the World Series in honor of those who are affected by cancer.

The 19-year-old acute lymphoblastic leukemia survivor was joined by First Lady Jill Biden as they participated in Stand Up to Cancer’s “placard moment,” a yearly tradition during Game 4 where players and attendees of the game hold up cards where they wrote the name of people in their lives who have been affected by cancer. To-date, the MLB has pledged more than $50 million to support Stand Up to Cancer’s mission, the nonprofit reported.

“I just thought it was an incredible gesture,” Houston Astros’ first baseman Trey Mancini said of the moment. “It really meant a lot to me. It was a really cool thing to see.”

Mancini is a survivor of stage 3 colon cancer.

Johnson recorded a video message for Kayla Spangler, a patient with stage 4 glioblastoma — a type of brain cancer.

Spangler, who is from Franklin County, Indiana, has had cancer for two years.

"You have so many people in your corner, who were trying so hard to get in contact with me, and send me your information," Johnson said in his video. "I finally got your information today, I was running from set, I wanted to send you this video."

He concluded and encouraged her to keep going.

"Kayla thank you for being a fan," Johnson said. "I know that you're fighting hard. Keep fighting. Keep inspiring everybody around you, including me now."

Cormac Roth, the musician and producer whose father is known for his roles in “Pulp Fiction,” “The Incredible Hulk” and “Selma,” among others, recently died of choriocarcinoma, which is cancer of reproductive cells. He was 25 years old.

“The grief comes in waves, as do the tears and laughter, when we think of that beautiful boy across the 25 years and 10 months that we knew him. An irrepressible and joyful and wild and wonderful child. Only recently a man,” the Roth family said in a statement about Cormac’s death.

“Be an undeniable force that lives and breathes that thing that you claim that you love and that you are and really do it,” Cormac said in his most recent Instagram post, which was published in August. “If it makes you happy, then really do it.”

Terry Bradshaw, an NFL Hall of Famer, discussed why he kept his cancer out of the public eye.

“I didn’t talk about it because I didn’t want pity,” Bradshaw, aged 74, told NBC News. “I didn’t talk about it because a lot of celebrities — unfortunately, I’m one of those — when they say this, I think the perception around America with all the millions of people is, ‘Aw, look at him. Bless his heart. He has cancer. Well, my husband died of cancer! My kids are…’ I didn’t want that.” 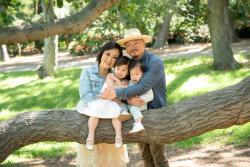 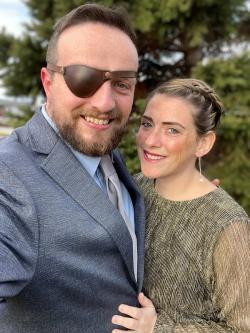