Cancer: The Good, the Bad and the Ugly 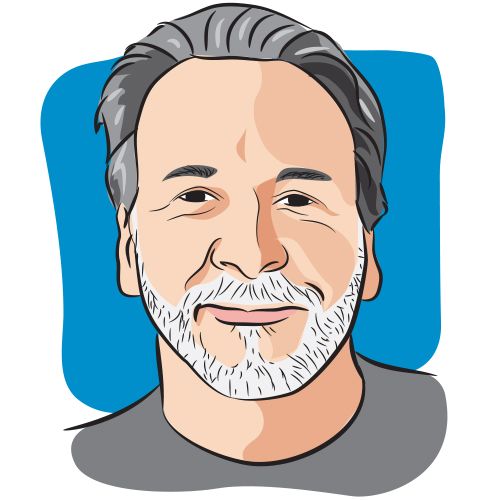 I guess I’m old school when it comes to a cancer diagnosis. I have always assumed there are three types of cancer—the good (which is a diagnosis of “no cancer”), the bad and the ugly.

The words almost slipped passed me, as I was stunned by my client’s report that he had gone through a cancer scare recently. The reason the comment finally struck a chord was that it was eerily familiar to what I heard from another client. This current client’s version was, “They told me that if I was to go out shopping for cancer, mine is that one that you would want to buy.” This was, also, right in line with what I heard seven years ago while lying in a hospital bed nervously waiting my biopsy.

At that time, the initial impression was that the tumor growing in my chest was a thymoma. The radiation technician’s exact words were, “If you’re going to get cancer, this is the one you want.” His reassurance was that I, most likely, had a friendly form of cancer and could take comfort in the knowledge that it would, most likely, not kill me. He, of course did not say this last part, but, hey I’m a therapist and I get hidden messages.

The fact that, in a short period of time, two other cancer survivors were told almost the exact same thing, gave me pause. Was it possible that all three of us were randomly chosen to develop cancer-lite, and therefore had nothing to worry about? Or, are medical professionals being trained to use the “You got yourself the best kind of cancer” line as a way to introduce patients to the path ahead? I know, in my case, the cancer “you would want to have” actually turned out to be the “rare cancer that we don’t have a lot of data on but requires a high level of intervention.” Or, as I overhead one of my radiologists putting it, “We got once chance at this.”

If it’s true that there is a go-to “good cancer” line being used by the medical profession so as to not startle cancer patients, I understand the intention. I’m fairly certain that I would have gone into full freak-out mode if anyone had led with, “Well Mr. Verano, if cancer was a car then you got yourself a Ford Pinto." (For the younger crowd, the Ford Pinto, is described by Wikipedia as having “. . . developed a controversial safety record with notable issues related to fuel-tank fires associated with rear-end collisions.”) Having said that, I still wonder if it would be a better idea to stick with the “we won’t really know until we run some tests and then recheck the results” approach.

The, not so obvious, factor in the good cancer approach is that, like me, many cancer patients are just as concerned about surviving cancer’s treatment as cancer itself. When it came to soothing this fear, the doctor who had developed the protocol for my upcoming adventure completely missed the target when he said pointedly, “There’s no doubt about it, you’re gonna get spanked.” By that time in my cancer anxiety curve, I could have used a heaping dose of, “Your chemo and radiation therapies are going to be a piece of cake—kind of like getting your teeth cleaned and a flu shot in the same day.” I think one could make the case that before giving any cancer patient false hope, we should first and foremost give them the option of hearing the hard or soft truth. One advantage of this would be that someone handed the hard truth might be more inclined to seek a second opinion and be rewarded with the softer truth of “not as bad as we thought” or, the mother of all second opinions, “not cancer.”

If it sounds like I’m landing on both sides of the fence on this topic it’s because I am. While I have to admit that hearing that I had the “good” cancer gave me back my regular breathing pattern in the moment, it almost certainly contributed to the numbness I felt all the way down to my toes when I received that official results that my cancer was at stage 4. But hey, what’s cancer survivorship if not a rollercoaster ride?

I guess I’m old school when it comes to a cancer diagnosis. I have always assumed there are three types of cancer—the good (which is a diagnosis of “no cancer”), the bad and the ugly. These days, when a psychotherapy client comes to me having been reassured by his or her doctor with some version of, “If I had cancer this is the one I would want,” I have a professional policy related to how I respond:

4. After they leave, say a silent prayer that they have the appropriate safety harness for the wild ride ahead.