Chemotherapy Before Surgery: Which Regimen is Best for Invasive Bladder Cancer?

Researchers determined that the use of methotrexate, vinblastine, doxorubicin and cisplatin before cystectomy may induce better outcomes for patients with advanced bladder cancer.

Chemotherapy prior to the surgical removal of the bladder has demonstrated a clinical benefit among patients with muscle-invasive bladder cancer. But now, the question remains: Which chemotherapy is best to use in this treatment setting?

Researchers from the Moffitt Cancer Center set out to figure out just that.

“Treatment guidelines from a number of organizations including the American Urological Association recommend neoadjuvant chemotherapy as standard treatment for muscle-invasive bladder cancer,” according to a Moffitt Cancer Center press release. “Yet the adoption of these guidelines in practice has been modest. Clinicians may choose among several chemotherapy regimens with varying associated toxicities.”

The use of gemcitabine with cisplatin has become a standard neoadjuvant (before surgery) chemotherapy regimen; however, a dose-dense combination of methotrexate, vinblastine, doxorubicin and cisplatin — or better known as ddMVAC – has also been adopted by some treatment institutions.

Therefore, the researchers examined data from more than 800 surgical patients with advanced bladder cancer to assess these two neoadjuvant chemotherapy regimens in association with downstaging (a reduction in the stage of a cancer, from a more to a less threatening stage) and overall survival among patients treated with bladder removal.

The team, led by Scott Gilbert, M.D., MS, associate member of both the Genitourinary Oncology and Health Outcomes & Behavior Programs, analyzed data from the medical records of patients who underwent cystectomies (bladder removal) for bladder cancer from 2007 to 2017.

In total, 824 patients had been diagnosed with invasive or advanced cancers, of whom 332 received chemotherapy prior to surgery. Of those, 204 received gemcitabine in combination with cisplatin and 46 received the ddMVAC regimen. Remaining patients received other agents and/or combinations.

“Although gemcitabine with cisplatin is the most frequently prescribed neoadjuvant chemotherapy regimen for patients with muscle- invasive bladder cancer, for eligible patients, treatment with dose-dense methotrexate, vinblastine, doxorubicin, and cisplatin may lead to better outcomes,” the researchers concluded.

This is important given that bladder cancer is the sixth most common cancer in the United States, with an estimated 81,000 people diagnosed annually; and worse, 1 in 4 of these patients will be diagnosed with cancer that has invaded the muscle wall of the bladder, which carries a poor prognosis.

“Larger comparative studies are needed to definitively answer questions regarding survival,” Gilbert said in the release. 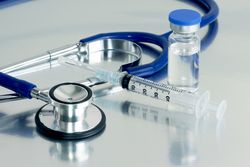 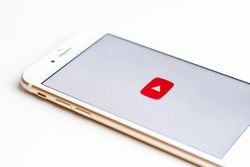