The three-drug combination of Perjeta and Herceptin with Gemzar shows improved progression-free survival in patients with metastatic breast cancer to advance to a phase 3 trial.

The combination of Perjeta (pertuzumab) and Herceptin (trastuzumab) with Gemzar (gemcitabine) may give some patients with metastatic breast cancer a new life-extending treatment option, even if they’ve seen disease progression after previous therapy, according to research findings from Memorial Sloan Kettering (MSK) Cancer Center in New York City.

Previous research showed that combining Perjeta and Herceptin worked well in treating human epidermal growth factor receptor 2 (HER2)-positive breast cancer, particularly when used with other chemotherapies. To take these findings a step further, the MSK researchers created a phase 2 trial to determine the safety and efficacy of Perjeta in combination with Herceptin and Gemzar in patients with HER2-positive metastatic breast cancer who had previously been treated with Perjeta-based therapy.

All three medications were delivered to patients intravenously in cycles that lasted three weeks. Patients received a median of eight cycles. Patient responses were evaluated every three months with scans of the chest, abdomen and pelvis. One patient was excluded because she received concurrent endocrine therapy, leaving 44 patients to be evaluated.

At a median follow up period of just over two years, the three-month median progression-free survival (PFS), or the time the patient lived without disease worsening, was 73.3%. The median PFS was 5.5 months. At three months, the overall survival (OS) rate was 100%, and the median OS was not yet reached.

If patients did not progress after three months of treatment, the treating physicians had the option to hold the Gemzar dosage and maintain treatment with Herceptin and Perjeta alone, until disease progression or toxicity. Five patients experienced grade 3 or higher side effects, mostly neutropenia and anemia, and when the Gemzar dose was reduced, they were able to tolerate the medication better.

Cardiac safety was also maintained throughout the study, with no patients experiencing cardiac events at three months. One patient experienced a cardiac side effect as a result of Herceptin and Perjeta, at which point treatment was discontinued. When repeated echocardiograms showed recovery, treatment was continued. Overall, researchers found this treatment to be well tolerated, with no occurrences of febrile neutropenia or cardiac effects of note.

Ultimately, the use of Gemzar in combination with Herceptin and Perjeta was found to improve survival in patients with HER2-positive metastatic breast cancer, making it a promising option for these patients in the second-line setting and beyond.

“To our knowledge, this is the first study to show promising efficacy of a pertuzumab-containing regimen after prior exposure to pertuzumab,” the researchers wrote. “Our findings support the advancement of phase 3 trials comparing the efficacy of regimens containing trastuzumab and pertuzumab with standard and novel HER2-directed treatment in patients previously treated with this dual-antibody combination.” 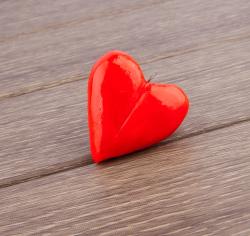