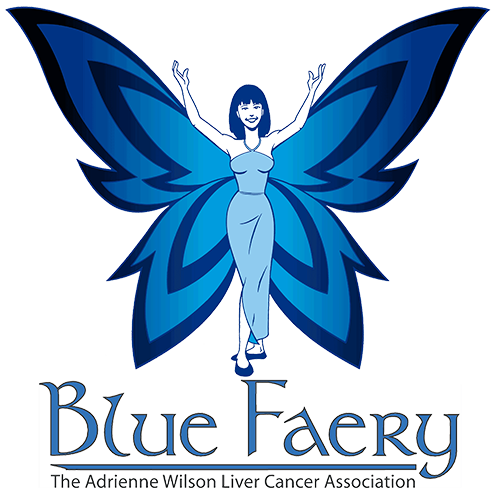 After losing the sister she raised to an aggressive type of liver cancer, one woman has devoted herself to stamping out the disease.

My life as a parent started in 1994 when my 8-year-old sister, Adrienne, visited me for Christmas. Adrienne’s two-week holiday vacation became permanent when our mother told me she was ill, tired and no longer capable of being a mother. At 22 years old, I had little money or job stability, but it never occurred to me to say no.

The initial years were challenging for both of us as we struggled to define our new relationship. The rules: I was her parent first, then her sister and eventually her friend.

I had high expectations of Adrienne, and she always exceeded them. She maintained a 4.0 GPA during her first year at Burbank High School in California and participated in the gifted and talented program. Aside from her educational achievements, she was a talented artist. Three galleries in Los Angeles displayed her artwork.

On May 16, 2001, I discovered Adrienne curled up in a fetal position, saying she couldn’t breathe. Six hours later, our lives changed forever when an emergency room doctor told us that Adrienne had tumors in her liver and lungs.

Tests revealed that Adrienne had hepatitis B and C, acquired from our mother during childbirth. These conditions can contribute to the development of liver cancer, and a biopsy confirmed that Adrienne indeed had hepatocellular carcinoma (HCC), also known as primary liver cancer.

When I told her the news, Adrienne asked, “What’s next, chemo? Hey, I’m not going to die.”

Throughout the summer, Adrienne endured four rounds of chemotherapy without an ounce of self-pity. Her spirit was infectious. She was determined to make the most of her situation.

When her blood counts were up and she was stronger, we did everything she had ever wanted to do: meet her favorite musician (Dave Navarro), attend her first ballet, eat our first set of crab legs and walk through the mall searching for the perfect dress for her Make-a-Wish day.

In October, her health quickly deteriorated. She slurred her speech and lost track of time. Her brain was not getting enough oxygen because the tumors in her lungs were growing larger every day. Though she could not see the yellow in her eyes, I could. She had developed jaundice; her liver was dying.

Within days, Adrienne died at home in her bed, surrounded by people who loved her. Her last words were “I love you, Sissy.”

I could not save Adrienne from liver cancer, but I have made it my mission to tell her story and help others suffering from this devastating disease. I founded Blue Faery: The Adrienne Wilson Liver Cancer Association (bluefaery.org) to help prevent, treat and cure primary liver cancer — specifically, HCC — through research, education and advocacy. We are the only nonprofit organization in the United States solely devoted to fighting primary liver cancer.

When Adrienne received her diagnosis, there were no treatment options for patients with stage 4 HCC or for hepatitis C. In the past few years, several drugs have been approved specifically for advanced-stage HCC, allowing patients to live not only longer but also with a better quality of life.

As the incidence of liver cancer has increased in the U.S., so has the visibility of Blue Faery’s programs for patients, caregivers and providers. Our HCC patient education brochures have been distributed in more than 45 treatment centers nationwide, translated into Spanish and Chinese, and shipped to multiple countries, including Nigeria and China.

This year, our annual Blue Faery Award for Excellence in Liver Cancer Research went to Dr. Ann-Lii Cheng, of the National Taiwan University College of Medicine, for his groundbreaking research in the IMbrave 150 clinical trial. The findings led to the Food and Drug Administration’s approval of the immuno- therapy Tecentriq (atezolizumab) plus the targeted drug Avastin (bevacizumab) as an initial treatment for inoperable or advanced HCC, improving the length of life for patients compared with the previous standard treatment, the targeted drug Nexavar (sorafenib). Additionally, we produced the first-of-its-kind “Patient Resource: Liver Cancer.”

The detailed, 16-page guide is free and available here. Providers can visit that link to order copies.

Last fall, I published my medical memoir, “Better Off Bald: A Life in 147 Days.” Written like a journal, the book chronicles Adrienne’s 147-day battle with liver cancer and the seven years I raised her in Los Angeles. The book has been endorsed by numerous medical providers; received many awards, including the 2020 Independent Press Award; and became a bestseller on Amazon in three categories. To learn more, visit betteroffbald.com.

As long as I am alive, Blue Faery will continue to advocate for families facing HCC. Together, we can fight and win the war against liver cancer.