These results, according to lead study investigator Dr. William G. Wierda, suggest that treatment could be discontinued for some of these patients.

“The one-year disease-free survival rate of 95% in patients randomized to placebo is similar to the rate for patients randomized to (Imbruvica), supporting a fixed-duration treatment with 12 cycles of combined ibrutinib plus venetoclax and treatment discontinuation for patients who achieved confirmed undetectable MRD,” said Wierda during a virtual presentation of data from the MRD cohort of the trial.

The aim of this cohort of the CAPTIVATE trial, according to Wierda, was to assess if deep remissions could be achieved following a one-year fixed duration of Imbruvica plus Venclexta, and if patients could discontinue treatment and reasonably remain off treatment.

Measuring one-year DFS, which is the length of time after primary cancer treatment ends that a patient survives without any signs or symptoms of disease, in patients who continued receiving Imbruvica or placebo following a confirmation of undetectable MRD (or small number of cancer cells that remain after treatment) was the main goal of the study.

Among 149 evaluable patients (median age, 58 years; range, 28-69), 58% achieved confirmed undetectable MRD and were randomized to either continue receiving Imbruvica (43 patients) or placebo (43 patients). The remaining 63 patients who did not reach confirmed undetectable MRD were randomized to continue receiving single-agent Imbruvica (31 patients) or the combination (32 patients).

Data demonstrated that patients who continued to receive Imbruvica following confirmed undetectable MRD tests achieved a one-year DFS of 100% compared with 95.3% in the placebo group.

After a median follow-up of 31.3 months, all evaluable patients achieved a 30-month progression-free survival (PFS) of 95.3%. Each randomized arm in both the confirmed undetectable MRD and unconfirmed undetectable MRD group achieved a 30-month PFS, which is the time during and after treatment a patient lives with the disease, but it does not get worse, of 95% or greater.

In patients who had unconfirmed undetectable MRD following the initial 12 cycles of therapy, continued combination therapy elicited an increase in undetectable MRD compared with those who received Imbruvica alone.

The most common serious or severe adverse events of interest over time were neutropenia (a low number of neutrophils, or a type of white blood cell) and hypertension (high blood pressure). Occurrences varied across the treatment arms.

“There were no safety concerns with this highly active combination of first-line ibrutinib and venetoclax, an all-oral, once-daily, fixed-duration regimen that achieves undetectable MRD in blood or bone marrow in three-quarters of patients after 12 cycles of combined treatment,” said Wierda.

When asked by an attendee if this data is practice changing, Wierda acknowledged that this is an initial study and that more research is necessary, but the data are promising for some patients.

“I think we need additional data. And, as you know, I'm sure there are a number of phase 3 trials that are ongoing, looking at various combinations of targeted therapy. This is an initial study … and it clearly shows the efficacy in terms of depth of remission with this combination,” he said. “And also … the one-year disease-free survival rate between those patients who continued ibrutinib single agent versus those who had no further treatment, among the ones who achieved a confirmed undetectable MRD status, was not different. So, I think this supports the concept of fixed duration treatment, particularly for those patients who achieve an undetectable MRD status.”

‘Promising Times’ for Patients With CLL 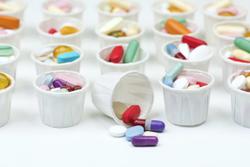 Keeping Hope in Your Back Pocket as a Patient With Cancer