Dealing with Your Flow After Chemo 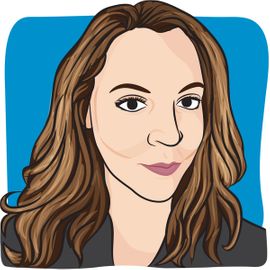 A native New Yorker, Shira Kallus Zwebner is a communications consultant and writer living with her husband and three children in Jerusalem, Israel. Diagnosed in 2017 with diffuse large B-cell lymphoma, she's fighting her cancer battle and blogging about the journey at hipstermomblog.com

One survivor shares her experience with the unexpected gynecological challenges she struggled with after cancer treatment.

It was a haze of conversation with my hematologist-oncologist; I tried to be present in the room while he was explaining my cancer diagnosis but it was difficult. It all felt so surreal, like this cancer nightmare was happening to someone else. But it wasn't, it was happening to me.

"Diffuse large b-cell lymphoma is an aggressive form of non-Hodgkin's lymphoma," he said, and I needed to start treatment right away. He outlined my treatment plan and wrote down the acronym before rattling off the complete name of each immunological and chemotherapy drug that would soon be sent shooting through my veins in order to save my life.

My husband and I nodded and wrote down every word, taking notes like we were attending a hematology lecture in college. It was a long and thorough appointment where we talked about bone density and PICC lines, neutropenia and other side effects, what to do if a fever develops during chemo or if there's an allergic reaction.

"What about kids?" I asked, suddenly awoken from my fog. "Will I be able to have more children after treatment?"

My doctor hesitated slightly then explained the risk, that I would likely be infertile after treatment. That most female patients stop getting their periods during chemo and it doesn't return, putting them into early menopause.

"I thought you were done?" he gently asked.

It was true, we are blessed with three healthy children and my baby just turned four. In theory, we were done, but deep down I kept hoping we might have another child. There was a procedure I could undergo that would preserve my reproductive organs, he explained, but that would delay treatment. I was already at stage IV and I knew that time was not in my favor. My husband and I had to make the decision right then and there, which put tremendous pressure on both of us.

After what seemed like an eternity, I looked at my husband and said, "I'd like to be here for the children we already have so I don't think we should delay chemo." He nodded in understanding and a bit of relief, and my first course of treatment was immediately scheduled.

I stopped getting my period after my second cycle of chemo. It was a relief to some extent to not deal with monthly bleeding while fighting blood cancer. After treatment was finished and I was declared NED, I went back to see my gynecologist for the annual that I had skipped due to chemo.

It took her a while to find my ovaries, as she painfully pressed down on my lower abdomen while squinting at the ultrasound screen.

"Finally", she declared, "there's your right ovary. "It's very small," she said.

"Can I have any more children?" I asked.

She paused for a minute.

"The ovary is empty."

It was a hard pill to swallow but I just nodded in acknowledgement. The chances of my period returning were unlikely but not impossible, she continued. We needed to give it some more time and see. I mourned and grieved over the next couple of weeks, went to the Mikvah (the ritual bath) for the last time, and started to move on.

When my period came back, it was sudden and shocking and I was caught unprepared. I immediately contacted my gynecologist and scheduled an appointment. She was happy to hear that I started getting my period again; apparently it was better not to be in menopause at such a young age. While I wouldn't be able to conceive or carry a child ever again, I at least would still get my period.

I tried not to be angry, but I was livid. So, I get my period every month but there's no chance for a baby? That just didn't seem fair! Don't we all just put up with the mess and the mood swings and the weight gain that accompany our monthly cycle because of the possibility of an adorable baby? After a while I just added it as another notch of unfairness on my cancer belt and tried to accept and move forward.

But my period, like the anger still seething inside of me, came back with a vengeance. Erratic and unpredictable, I was starting to get my period every two to three weeks. I developed sudden ovarian cysts, discovered during routine PET CT's, which lead to lower back pains and then a month of bleeding once one cyst finally ruptured. I spent more time in my gynecologist's office the year after I finished chemo than I did with my hematologist-oncologist.

Through it all, I wondered why no one told me that significant gynecological challenges could be a side effect of cancer treatment. I struggle to this day with the unpredictable nature of my monthly flow, and have had to learn the difference between "heavy" and "hemorrhaging" so I don't keep bothering my doctor with frantic texts and phone calls.

While I've come to terms with feeling exhausted around my monthly cycle, I'm trying to do my best to continue to listen to my body. I give myself permission to slow down, rest, and take it easier during my period. I know that at the age of 43, I'm not less of a woman if I need to take a nap in the middle of the day with a hot water bottle and some aspirin because "Aunt Flow" came to town.