New treatments are continually being explored as researchers use genetic testing and genomic sequencing to better understand characteristics of ovarian cancer that can be targeted with drugs.

New treatments are continually being explored as researchers use genetic testing and genomic sequencing to better understand characteristics of ovarian cancer that can be targeted with drugs.

Ursula Matulonis, M.D., chief of the Division of Gynecologic Oncology at the Dana-Farber Cancer Institute in Boston, outlined some of these advancements July 14 at the 2018 Ovarian Cancer National Conference, in Washington D.C.

"We know that ovarian cancer is not one cancer, but trials in the past have really viewed it that way, so advancements have been slow,” Matulonis said in her presentation at the conference sponsored by the Ovarian Cancer Research Fund Alliance. “Now, they’re not so slow anymore.”

PARP inhibition is one of the most promising advances in ovarian cancer, especially for women whose tumors harbor BRCA gene mutations.

These agents work by inhibiting the PARP enzyme, which Matulonis compared to “an ambulance that rushes to a break in DNA.” If the PARP “ambulance” cannot get to a DNA break to fix it, the cancer cell eventually dies.

Several of these drugs are approved for use in women with BRCA-mutated ovarian cancer that has progressed after chemotherapy. New trials are seeking to expand the use of PARP inhibitors. For example, the phase 3 SOLO1 trial compared Lynparza (olaparib) to placebo as a maintenance drug — to help prevent disease progression or recurrence — after initial treatment for women with newly diagnosed stage 3 or 4 high-grade serous or endometrial cancer.

“This study met its endpoint. In other words, the women with olaparib had (longer periods of time until disease progression) than those who did not,” Matulonis said. “This will be applicable to a number of folks.”

Matulonis also touched upon other trials of PARP inhibition in the maintenance setting, including the NOVA trial, SOLO2 and ARIEL 3.

“All three trials showed remarkably similar results, and all showed an improvement in how long the cancer stayed in remission after chemotherapy compared to placebo,” she said.

When it comes to PARP combinations, one pair that is looking promising, according to Matulonis, is Lynparza plus cediranib, a targeted drug that inhibits the activity of VEGF, a protein manufactured by the body that is known as a tyrosine kinase. A 2014 trial showed that the combination was “strikingly superior” to Lynparza alone, leading to three more National Cancer Institute (NCI)-designated trials.

“We found that combination really worked best in women whose cancers did not have an underlying BRCA mutation,” Matulonis noted.

Checkpoint inhibitor immunotherapy drugs have been sweeping the cancer space, and could be an option for a subset of women with ovarian cancer. In fact, Matulonis was a lead investigator in the KEYNOTE-100 study, which was recently presented at the American Society of Clinical Oncology Annual Meeting.

This phase 2 study analyzed the efficacy of Keytruda (pembrolizumab), an inhibitor of the protein PD-L1, in patients with advanced recurrent ovarian cancer.

“The overall response rate was only 8 percent. This mirrors what other single-agent trials have shown — essentially, very low response scores,” Matulonis said.

“This drug could potentially be used in this population. It’s a small population, though,” Matulonis said.

Matulonis also discussed the potential for vaccines in the treatment space for ovarian cancer. Potentially, they could be used to prime tumors to better respond to checkpoint inhibitors. These immunotherapies work best on tumors that express a multitude of gene mutations — referred to as “hot” tumors. Essentially, a vaccine could turn a “cold” tumor, which doesn’t express many mutations, into a “hot” one.

Two important questions being explored in vaccine treatment of ovarian cancer are how well the targeted proteins represent ovarian cancer and how vaccines can be personalized for specific patients.

A study conducted at the Dana-Farber Cancer Institute is examining a vaccine that targets neoantigens — proteins made by genes that become mutated as a cancer grows — and can be individualized to meet patients’ needs. And while the study was just submitted to the facility’s internal review board, it is still facing some difficulties, including the expertise and expenses involved in making the vaccines.

“Teams are necessary in these studies, and funding is absolutely vital,” Matulonis said. 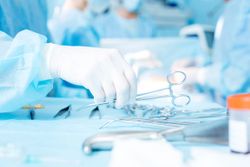 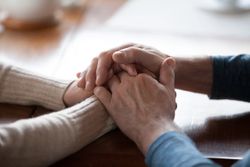