The recent FDA approval of Keytruda, an immunotherapy monoclonal antibody drug, for children with melanoma is an exciting development, according to an expert. But there is potential for certain side effects that children and their family should consider before undergoing treatment.

Parents and caregivers of children and adolescents recently diagnosed with melanoma may often feel compelled to make an immediate decision on how to treat the disease, but as one expert notes, it is vital that they take the time to go over all available treatment options with their child’s care team to determine the best plan of action.

In an interview with CURE®, Dr. Jason Luke, director of the Cancer Immunotherapeutics Center at UPMC Hillman Cancer Center in Pittsburgh, explained that the goal when treating pediatric patients is to give them a long, healthy life. That said, since they have so much time ahead of them, Luke noted, it is essential that their caregivers consider the side effects of treatment options, such as the rare, but possible, severe immune-related side effects.

Luke spoke to CURE® about the recent approval of the immunotherapy monoclonal antibody agent Keytruda (pembrolizumab) for children over the age of 12 and adults who have resected stage 2b, 2c or 3 melanoma. During a discussion on the significance of the approval, he highlighted the rarity of pediatric melanoma and how caregivers should go about choosing a therapy to treat their child.

“So that’s where we need to slow everybody down and say, ‘Well look. Here’s the benefit, but these are the risks.’ And how do we juggle these two things for the application of the person in front of us, who could be 12 years old, (that would be) one thing, but if they’re 18 years old, they’re probably going to participate” Luke said.

Of note, immunotherapy drugs like Keytruda work by making cancer cells more visible to the immune system, with the goal of the immune system then recognizing and attacking the disease. However, this could lead to inflammation and negative effects on individuals’ organs. This could be dangerous and cause complications like diabetes if the adrenal gland or pancreas is affected.

But even with the potential for side effects, Luke highlighted that the availability of Keytruda may be an exciting new option for this patient population. The findings of KEYNOTE-716 — which resulted in the Food and Drug Administration approving Keytruda — showed that the drug led to a 35% risk reduction of disease recurrence compared with placebo. Since trial results were last presented, this number rose to 39%, explained Luke.

When we … interact with parents, and when we're dealing with pediatric melanoma, it's an even more fraught situation, obviously, because (of) I think the shock of having a child develop cancer. And when you inform them that there's this risk that they could develop metastatic cancer, I think that it brings an even more emotional component. So, what we really try to do then is go very slow and introduce the ideas.

I think there, we have to be very careful about the side-effect profile as well. Because I think with kids, there's often a sense from caregivers that we have to do anything possible to get rid of the cancer. And, you know, we're oncologists. So, I mean, broadly speaking, we generally sort of agree with that. But we also have to realize the whole point of curing the child is they can live the rest of their life. And so that's where the side effect profile really comes in.

Severe side effects to immunotherapy are quite rare, but they do happen. So upwards of about — in our clinical trial — 20% of patients developed an endocrinopathy, where they had to take a hormone supplementation afterwards. So for the vast majority, that was thyroid, people needed to take thyroid supplementation. And you know, there are a lot of people who take thyroid pills. And so, that sort of doesn't seem so bad, albeit that, you know, if it's a child, that would be for a long time — their whole life.

There are, though, a rare — about 5% (of patients) — who develop very severe immune-related side effects that affect say their adrenal gland or their pancreas, they could get diabetes kind of thing. So that's where we need to slow everybody down and say, “Well, look, here’s the benefit, but these are the risks.” And how do we juggle these two things for the application of the person in front of us who could be 12 years old, (that would be) one thing, but if they're 18 years old, obviously, they're probably going to participate, then. 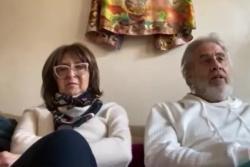