The FDA’s approval of Keytruda is indicated for patients with advanced endometrial carcinoma with specific genetic characteristics whose disease progressed after systemic therapy and are not suitable for surgery or radiation.

The Food and Drug Administration (FDA) approved Keytruda (pembrolizumab) for the treatment of patients with advanced endometrial carcinoma that is microsatellite instability-high or mismatch repair deficient, according to a news release from the agent’s manufacturer, Merck.

The anti-PD-1 therapy was also indicated for patients with disease progression following previous systemic therapy who are not candidates for radiation or curative surgery. Of note, this marks Keytruda’s second indication for patients with endometrial cancer, with the first being in combination with Lenvima (lenvatinib) for the treatment of patients with advanced endometrial cancer that is not microsatellite instability-high or mismatch repair deficient, who have disease progression after systemic therapy and are not suitable for radiation or curative surgery.

“This FDA approval is great news for women facing advanced endometrial cancer,” said Dr. Scot Ebbinghaus, vice president of clinical research at Merck Research Laboratories, in the release. “We have seen substantial progress in delivering treatment options for patients with advanced endometrial cancer with Keytruda, as monotherapy and in combination, with two approved indications in this area.”

The FDA approval was based on findings from new data from two different patient groups from the KEYNOTE-158 trial. During a median follow-up of 16 months, patients treated with Keytruda had an objective response rate (a measure of response to treatment) of 46%, which included a complete response rate (the disappearance of all cancer from treatment, although this doesn’t mean it has been cured) of 12% and a partial response rate (decrease in tumor size or extent of cancer in the body from treatment) of 33%. Of the 41 patients that responded to Keytruda in the trial, 68% continued to have a response to treatment for at least 12 months and 44% had a response that lasted at least 24 months. The median duration of response (the time a tumor continues to respond to treatment without growth or spread) was not reached in this trial, meaning that patients continued to respond to treatment when duration of response was assessed.

“The objective response rate and duration of response observed in this trial solidify the role of Keytruda as a treatment option for these patients,” said Dr. David O’Malley, of the Division of Gynecologic Oncology at The Ohio State University Wexner Medical Center and The James Comprehensive Cancer Center, in the release.

Some side effects with Keytruda may be serious or fatal and include high blood pressure, heart dysfunction, liver injury or impairment, clogged arteries, proteinuria (increased levels of protein in urine), kidney failure or impairment, fistula formation (a hole between two organs) and gastrointestinal perforation (the development of a hole through the gastrointestinal tract), diarrhea, low levels of calcium in the blood, heart rhythm disorders, bleeding, reversible posterior leukoencephalopathy (with symptoms including seizures, headache and visual loss), impaired wound healing, impairment of thyroid stimulating hormone suppression/thyroid dysfunction, embryo-fetal toxicity and bone death in the jaw. In addition, Lenvima can cause fetal harm when given to pregnant women, so women who have reproductive potential should be advised to use contraception.

Immune-mediated side effects may occur at any time during or after treatment with Keytruda and include colitis (inflammation of the inner lining of the colon), inflamed lung tissue, disease of the endocrine gland, hepatitis, skin reactions, nephritis, complications of allogenic hematopoietic stem cell transplantation and solid organ transplant rejection, according to the release. Identifying and managing side effects early are essential for the safe use of Keytruda. Treatment should be withheld based on the severity of the side effect, according to the release. 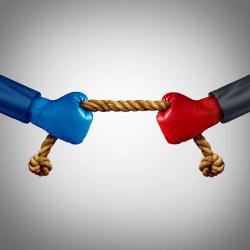