The FDA issued a complete response letter stating there was not enough sufficient evidence that the combination demonstrated a benefit.

The Food and Drug Administration (FDA) has issued a complete response letter (CRL) stating they will not be approving plinabulin in combination with granulocyte colony-stimulating factor (G-CSF) in its present form for the prevention of chemotherapy-induced neutropenia.

The CRL indicated that results from a single trial (106 phase 3) did not significantly prove benefit with plinabulin plus G-CSF. According to the FDA, a second controlled trial is needed to fulfill evidence required for the approval, according to a press release that announced the news.

Plinabulin is the first drug submitted for FDA approval that has potential to work in the first week of chemotherapy treatment, which is critical according to the release, before G-CSF is effective to prevent chemotherapy-induced neutropenia.

Developers of the drug combination, BeyondSpring Pharmaceuticals, said they remain confident in the efficacy and data of the combination and are expecting to work closely with the FDA to consider future pathways to approval — which may include another trial.

“BeyondSpring strongly believes that plinabulin in combination with G-CSF has significant potential to raise the standard of care in (chemotherapy-induced neutropenia), a devastating side effect,” Dr. Lan Huang, BeyondSprings co-founder, chief executive officer and chairwoman, said in the release. “(BeyondSpring) plans to request a meeting with the FDA and remains committed to its goal of bringing plinabulin to cancer patients in need globally.” 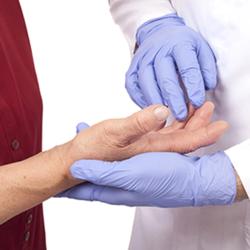 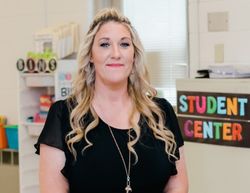