There are certain patient characteristics that are associated with fear of recurrence. However, there are simple steps that survivors can take to cope.

Studies have shown that certain patient characteristics have been linked to higher rates of fear of cancer recurrence. However, there are steps that individuals can take to mitigate these feelings of anxiety in cancer survivorship, according to recent research.

“One of the most common concerns of cancer survivors (after) cancer treatment is the fear of cancer coming back – what we refer to as fear of cancer recurrence,” says Jacqueline Galacia, of the Queen’s University School of Nursing in Canada.

Galacia, of the Queen’s University School of Nursing, worked as on oncology nurse before pursuing her doctorate. After seeing firsthand the stress that survivors face regarding their cancer coming back, she decided to conduct research to determine if certain characteristics were associated with fear of recurrence.

“We used a theory, Leventhal’s Common Sense Model, which is commonly used to understand cancer recurrence. We used this to identify what could be important characteristics to look at amongst cancer survivors,” she said.

Characteristics Associated With Fear of Recurrence

The findings ultimately showed that younger people had higher rates of fear of recurrence compared to their older counterparts, and females experienced it more than males.

Other findings were interesting – if not completely counter-intuitive. People who were more pessimistic tended to have lower rates of fear of recurrence. “This might be their type of coping… they’re maybe more pessimistic or more likely to deny or disengage and give into their circumstances,” Galacia says.

Additionally, as more time elapsed since the survivor’s diagnosis and treatment, fear of recurrence rates tended to go up, which could be a result of constant reminders of cancer as survivors continue to visit the clinic for follow-ups and screenings.

Finally, individuals who had symptoms that they perceived to be cancer-related and individuals with low self-esteem both had higher rates of fear of recurrence, Galacia found.

How Survivors Can Cope

Luckily, there are steps that survivors can take to decrease their feelings of fear of recurrence, which Galacia says can actually promote better behavior.

“Low levels of fear of recurrence can actually be motivating,” she says. “It can motivate us to make healthy behavioral changes, like (quitting) smoking, for instance.”

However, fear of recurrence can also have the opposite effect, where survivors do not go for their scheduled follow-up appointments or cancer screening, as that can trigger all the emotions from cancer.

If survivors feel that they have a debilitating level of fear – or if it frequently interferes with their daily living – they should seek out professional help, such as that from a cognitive behavioral therapist, Galacia says.

Survivors can also employ other methods to help curb their negative feelings, such as gratitude journaling, and talking to supportive people – especially other survivors who are feeling the same way. Doing so can help people realize that fear of recurrence is a common and normal emotion.

“Sometimes those thoughts will creep in – we’re human – but (it’s important to) reframe and focus on what’s true,” Galacia says. 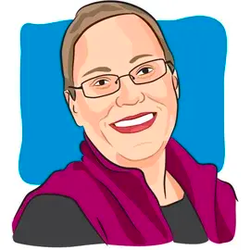