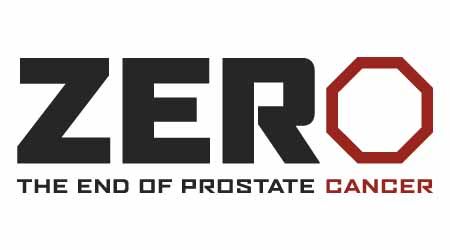 From a new study showing that the iCanQuit smoking cessation app is more likely to work than typical guidelines, to the House unanimously passing the Veteran’s Prostate Cancer Treatment and Research Act, here’s what’s happening in the cancer landscape this week.

A smartphone application that lets patients accept and realize their cravings increases their odds of quitting smoking, according to a new study.

The app, iCanQuit, is based around acceptance and commitment therapy, encouraging the user to allow their smoking urges to pass before acting on them. When users download the app, they set a date for when they want to quit smoking and a virtual coach helps patients identify the stressors and triggers for their tobacco cravings.

In comparison to people that used the National Cancer Institute app QuitGuide, which focuses on helping patients quit based off guidelines, those using iCanQuit were 1.49 times more likely to quit smoking.

"The problem is that when you try to avoid what you're feeling and what you're thinking, you paradoxically create more of what you're trying to avoid," said Jonathan Bricker, lead author of the new study in an interview. He compared the typical methods of smoking cessation to a tug-of-war, but noted that the iCanQuit apps methods allowed users to simply let go of the rope.

“I was not surprised that she survived. That's how she's been her entire life, and when we asked her about it she kind of poo-pooed it. 'Yeah, I was sick for a couple of days. It wasn't bad,’” said Mildren “Gerri” Schappals’ daughter in an interview. Schappals, 102, contracted the novel coronavirus in May at her assisted living home in New Hampshire but quickly recovered.

Schappals was born in Worchster, Massachusetts, on Janurary 18th, 1918. At only 11 months, she, along with her mother and brother, contracted the Spanish Flu. All three survived. She has also survived two bouts of cancer, first with breast cancer and later stage 3 colon cancer.

“She’s often said that she thinks Mother Nature believes that she died in 1918 and has forgotten about her,” her daughter said. “Maybe she’s right. Maybe whoever this master of death is has forgot about her.”

Debbie van Tuyll, 64, was diagnosed in May with stage 2 breast cancer and started her chemotherapy in July. Only a month later, she returned to work at Augusta University in Georgia where she has been a communication professor for 30 years. In an interview, Tuyll said it was her duty to come back to work, as her department is short-staffed.

Augusta University is taking on a hybrid model of in-person learning and online learning, so Tuyll is conducting her classes virtually while her husband takes on hybrid learning, as he was told he would be denied working from home unless he had a previous medical condition.

Despite the challenges of online learning, extra safety precautions and her cancer, Tuyll’s colleagues have said her energy levels are still the same. She communicates with her students more often now; one is even a cancer survivor and they were able to share that experience together. Her students have even taken inspiration from her. Her attitude, as they have described, is “we’re going to get through this together”.

The bill is designed to establish a national clinical pathway for prostate cancer and allow for an increased access to treatment and standardized care for patients with prostate cancer.

“Our service members have dedicated their lives to the American people, and they deserve to receive the same high-quality care any one of us would expect when faced with a diagnosis of prostate cancer,” said Alison Manson, ZERO’s Vice President of Advocacy and Government Relations, in regards to the bill.

There is no timetable for the senate to vote on the bill, but it is expected to quickly move through.

Prostate Cancer Symptoms Can Be Managed Years After Treatment