At four-year follow up, treatment with givinostat, a histone-deacetylase inhibitor, continued to be safe and effective with no serious or life-threatening side effects.

Patients with polycythemia vera and a Janus kinase 2 (JAK2V617F) gene mutation continued to respond well to treatment with givinostat after four years with a tolerable safety profile, according to data published in Blood Cancer Journal.

Polycythemia vera is a disease in which too many red blood cells in blood and bone marrow thicken the blood. This can lead to several other factors including increases in platelets and white blood cells, enlarged spleen and clots in blood vessels. Most patients (up to 95%) with polycythemia vera have the JAK2V617F gene mutation.

In this current study, researchers assessed the efficacy of givinostat alone or in combination with hydroxyurea at a mean follow-up of four years in 50 patients with polycythemia vera. These patients were enrolled in a previous study analyzing the potential clinical benefit of givinostat. The researchers’ primary objective was to evaluate givinostat’s long-term safety, tolerability and efficacy. At follow up, 31 patients were still receiving treatment.

Overall response rate, or the people in the study who had a complete or partial response to the treatment within a certain period of time, was greater than 80% in all patients in the study. At the end of the study, overall response was higher in the group who only received givinostat than in the group who received givinostat with hydroxyurea. A decreased burden of the JAK2V617F gene mutation was observed at most of the annual visits. In addition, six patients reported disease progression, which represents a disease progression rate of 2.8 patients per year.

At the end of the study, most patients continued treatment with givinostat, although nearly all patients experienced one side effect.

At follow up, 96% of patient reported at least one side effect, with most of them considered mild or moderate. In addition, 10% of patients reported severe side effects. There were no life-threatening side effects related to the treatment observed in the study.

Limitations of the study include that only patients who achieved clinical benefit were recruited. “However, these are the patients who would receive long-term therapy with givinostat, again making the results potentially generalizable,” the study authors wrote. 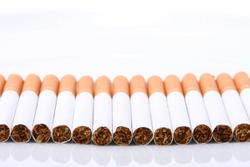 Helping Patients With MPNs to Elevate Their Voice