“Based on this exploratory analysis of the phase 3 INVICTUS study, (Qinlock) dose escalated to 150 (milligrams twice a day) after disease progression on (Qinlock 150 milligrams once a day) provided clinical benefits for patients with advanced GIST receiving more than fourth line therapy,” lead study author Dr. John R. Zalcberg, head of cancer research at Monash University in Melbourne, Australia, said during a presentation of the data at the 2021 American Society of Clinical Oncology (ASCO) Annual Meeting.

Zalcberg added that the findings provide another treatment option for patients who have received Qinlock in the fourth-line setting.

In the INVICTUS study, investigators enrolled 129 patients previously treated with three or more prior tyrosine kinase inhibitors (TKIs), including Gleevec (imatinib), Sutent (sunitinib) or Stivarga (regorafenib). Patients were randomly assigned to receive either Qinlock at a starting dose of 150 milligrams (mg) once daily (85 patients) or placebo (44 patients) in the fourth-line setting and received treatment until progressive disease.

In this analysis (data cutoff of August 10, 2020), 43 patients in the dose-escalation group received study drug at 150 mg once a day and were then escalated to 150 mg twice a day. Among these patients, the median progression-free survival (time during and after treatment when the patient lives without disease progression) was 4.6 months during the once-a-day treatment period. After dose-escalation, the median progression-free survival increased another 3.7 months.

The median duration of treatment in the group who received 150 mg of Qinlock twice a day was 3.7 months. Between the once-a-day and twice-a-day periods, 37.2% of patients were on treatment for 12 months or more.

The median overall survival (time that a patient with cancer is still alive) was 18.4 months in the group who received Qinlock twice a day compared with 14.2 months for those who did not proceed to dose escalation. Of note, the median overall survival among the 85 patients who received study drug was 18.2 months compared with 6.3 months for those assigned to placebo.

Zalcberg noted that patients tolerated the dose escalation well. The only new or worsening serious or severe treatment-related side effects were anemia in six patients and abdominal pain in three patients.

In May 2020, the Food and Drug Administration (FDA) approved Qinlock for the fourth-line treatment of patients with GIST based on findings from the phase 3 INVICTUS trial.

“Today's approval provides a new treatment option for patients who have exhausted all FDA-approved therapies for GIST,” Dr. Richard Pazdur, director of the FDA's Oncology Center of Excellence and acting director of the Office of Oncologic Diseases in the FDA's Center for Drug Evaluation and Research, said in a news release at the time of the approval. 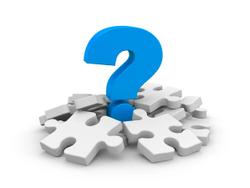