The best gift for those living with cancer during the holidays is the freedom to cope by changing traditions and acknowledging emotions.

NANEA M. HOFFMAN found it helpful to adjust some family traditions as she faced the holiday season after treatment for cancer. - PHOTO BY: TRIFON ANGUELOV

Nanea M. Hoffman had recently completed six months of treatment for breast cancer — a double mastectomy, six rounds of chemotherapy and immunotherapy — when the holidays rolled around.

Her Thanksgiving had been shot because of fatigue and a diminished ability to taste, and she expected to be feeling better by December. To her surprise, she felt her weakest, had no energy and hurt from head to toe. Yet her friends and family wanted her to celebrate.

“Around the holidays, we put so much emphasis on joy and gratitude,” says Hoffman, 47, of Santa Clara, California. “It’s very difficult to find your joy and gratitude. You’re just thinking about, ‘How am I going to make it to the bathroom?’ ”

Regardless of where people are in their cancer journeys, the holiday season often poses extra physical and emotional challenges. Those coping with cancer can expect this season of Hanukkah, Christmas, Kwanzaa and New Year’s — and any other holidays throughout the year — to be different, even if their treatment is over, mental health experts and cancer survivors advise. They suggest that patients make a list of what they want to do and let go of the rest. Ask for and accept help, they say. All feelings are OK, even conflicting and contradictory emotions.

Like many mothers, Hoffman typically coordinated holiday celebrations, but last year, her family stepped up.

“I’m a control freak. One of the best things was for me to be so weak that I couldn’t even boss anybody around,” she says. “‘OK, whatever’ is the best coping strategy I know.”

Because clinicians know when various treatments are likely to cause the heaviest burden of side effects, patients can ask them about adjusting the action plan, suggests Richard Dickens, M.S., LCSW-R, 64, a twotime cancer survivor and director of client advocacy at the patient advocacy group CancerCare (cancercare. org), based in New York City. For instance, patients may be able to postpone surgery or take a week off from chemotherapy.

In addition, mental health experts advise that patients make a list of holiday traditions and decide with loved ones which routines to keep and which to modify or skip.

“If hosting is something that fills your cup rather than drains it, then it might be a tradition to keep,” says clinical psychologist Wendy Lichtenthal, Ph.D., of Memorial Sloan Kettering Cancer Center in New York City. “This being said, one of the most important things is to be flexible and not continue to do something that isn’t working for you.”

Hoffman and her family normally host a New Year’s celebration with their friends and their kids, and she was determined to keep that tradition. So, last year, her husband devised a plan that would allow them to have friends over, enjoy the party and still accommodate her diminished energy level.

They told their friends in advance that, when Hoffman got tired, she would go to bed but wanted everyone to stay and enjoy themselves.

When she hit a wall, she says, “I felt OK to say that. It meant a lot to me that it didn’t have to be a thing. I was able to participate on my own terms.”

Keeping traditions, with modifications, could mean sitting and putting hooks on the ornaments while loved ones hang them on the tree. Or those who lack the energy to lead the holiday baking could select the music or sit in the kitchen so they’re part of the conversation, even if they’re not putting the cookies in the oven or frying the potato latkes or doughnuts.

The Christmas after Jane McGovern completed months of treatment for breast cancer, instead of cooking the customary Christmas Eve feast, she went to a restaurant with her family. She chose the traditions she wanted to continue, such as Christmas morning brunch, and scaled back on the rest.

She told her husband and three kids, then ages 15, 18 and 22, “This year, we’re going to do a tree, but I’m not going to go crazy (with decorating) outside,” says the Scituate, Massachusetts, resident, now 54. “I tried to keep things as normal as possible for my kids,” she says. “Christmas is always important to me and my family. The holidays are a joyful time for me.”

McGovern embraced the idea of picking and choosing, especially when it came to holiday parties, which she found draining physically, mentally and emotionally.

“You don’t blend in with the crowd when you’re bald. By Christmas, I had my ‘Marine do,’ like a buzz cut,” she says. “You have to deal with people who don’t know what to say, and you have to make them feel better. … Sometimes people will tell you things, (like) they had a (cancer) scare. They don’t know what to say. We’ve all been there. I’ve been that awkward person.

“As the person going through that, you only have so much energy to give. It does take energy to try to make someone feel better,” she says. “Respect the fatigue. Give into it.”

During and after treatment, with compromised immune systems, survivors can give themselves permission to avoid shopping malls, airplanes and holiday parties. Wendy Griffith, M.S.S.W., LCSW, OSW-C, senior social work counselor with the University of Texas MD Anderson Cancer Center, advises patients who have compromised immune systems to let loved ones know that they can’t go to a holiday party if there are guests sick with something contagious. That allows the host to be aware of the patient’s needs and that it will be necessary to ask either the person with a cold or the person with cancer to stay at home. Most of the time, she says, people respect that.

The expense of cancer treatment — copayments, time away from work, medications and hospital parking fees — can crimp holiday spending.

When Dickens, of New York City, was 37 and recovering from initial treatment for non-Hodgkin lymphoma, he couldn’t fly to his parents’ house in Chicago for Christmas, as he normally would have. He felt badly that his family was saddened by his absence. Since Dickens had been out of work on disability and didn’t have the money or the strength to buy and ship gifts, he ordered from catalogs and went without a tree.

Luckily, he had a strong support network of friends to help him through the season. Accepting assistance, as Dickens did, allows people with cancer to keep their routines as close to normal as possible. Cancer survivors and social workers advise asking for help when needed and accepting help when offered, saying it comforts both the patient and the friends and family members who want to do something, especially in the season of giving.

A STEW OF EMOTIONS

“Ninety percent of the time, people genuinely want to help you. Use that help,” says Griffith. “Put yourself in their shoes. Would you be OK with bringing a dish to someone’s house if they had cancer? Even if it’s a little bit of an injury to the ego to ask for help and admit to things you can’t do, allowing loved ones to participate makes them feel good about being able to contribute to your well-being.”

The holidays can be fraught for anyone, but throw in a cancer diagnosis, and patients and their loved ones are bound to feel a wide range of emotions, mental health experts say.

“It’s not spoken, but everyone’s wondering, ‘Is this going to be the last Christmas we’re all together?’ ” says Jane McGovern’s husband, Gary.

To change that focus, he says, he told his kids, “‘With all that Mom has been through this year, this Christmas is going to be especially nice for her. So, let’s make a point to chip in and do as many things together as we can.’ Never once did I say to the kids, ‘This is really serious.’ You don’t have to. The kids knew. They could see the physical changes.”

Patients themselves can have the same kinds of concerns and may even be thinking of friends they met through treatment or support groups who died. “There’s a certain amount of grief that comes along with cancer during the holidays. Even if you’re able to do a lot of your traditions, you may still be wondering, Is this my last Christmas? Is this my last New Year’s? What will next year be like?” says Griffith.

Parents of children with cancer, and patients with cancer who are parenting youngsters, tend to work hard to hide their fear and sadness from their children. Griffith recommends that they write in journals, take baths or practice whatever form of selfcare that allows them to express those emotions.

She notes, “You’re allowed to cry during the holidays. You can be angry. You can be sad. You can be everything and anything you feel.” It’s OK for loved ones to see the patient cry, she adds. If the person with cancer needs to leave the room, that’s fine too. In general, Griffith advises patients to let go of any “shoulds.” Acknowledging and working through emotions may be difficult at first, but eventually it allows people to “really feel happy, versus feeling fake happy,” she says.

“We hope that patients can give themselves permission to feel whatever they may be feeling: sadness, frustration, anxiety and grief over what has changed,” Lichtenthal says. “A cancer diagnosis and related circumstances, such as treatment side effects, often feel beyond one’s control, but how patients choose to respond to these circumstances is within their control. Patients can choose what the holidays mean to them. They can decide the holidays are a time to connect to those most important to them. A time to celebrate tradition. A time to get away. A time to give themselves the gift of self-care, respite or engagement in some other meaningful activity.”

Hoffman remembers telling her husband that he’d have to figure out what she and the family needed — paddle his own canoe and maybe do a little paddling for her. He and her closest friends gave her the freedom to be “ugly and messy,” she says. “I wanted to be able to say I hated everything.

I wanted to be with a friend who could see me, and (to be able to) say that everything sucked. It’s a very lonely experience, sometimes especially when you’re surrounded by people you love.” 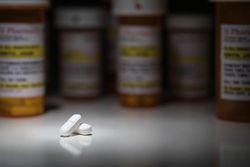 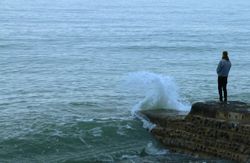