All patients with multiple myeloma have had MGUS, so what is it?

To learn about how multiple myeloma can develop, it’s important to first learn about a plasma cell disorder called monoclonal gammopathy of undetermined significance (MGUS). But how is MGUS treated, if at all, and how does it become myeloma? That’s what Dr. Manisha Bhutani, an associate professor at Levine Cancer Institute in Charlotte, North Carolina, set out to explore during her session at CURE®’s Educated Patient Summit on Multiple Myeloma.

“This precursor condition happens long before the diagnosis of multiple myeloma, and oftentimes, it goes undiagnosed,” Bhutani said. It is estimated that MGUS affects roughly 3% of people older than 50, and 9% of individuals over 80, but as Bhutani noted: “It’s really important to remember that a small proportion of patients with MGUS will ever progress to multiple myeloma. However, all patients with multiple myeloma once had MGUS.”

To highlight this, Bhutani mentioned a 2009 study that looked at the stored annual bloodwork of more than 77,000 cancer-free men and women and found that of the 71 individuals from this group who later developed multiple myeloma, MGUS was detected in all 71 cases, proving that MGUS always comes before multiple myeloma.

While there are no clear causes, Bhutani noted that there are certain factors that increase the risk of developing MGUS, including being older, having a family history of MGUS and/or myeloma, having immunosuppression, being Black or African American, being male, and having exposure to certain environmental hazards and radiation.

MGUS is a disorder of a certain type of B cells, or white blood cells found in the bone marrow. In a healthy individual, Bhutani explained, these plasma cells produce antibodies of different types called polyclonal immunoglobulins, which help fight infections against viruses, bacteria, and other microorganisms. But in MGUS, these antibodies undergo genetic changes and are considered abnormal, then expand to make a monoclonal plasma cell population. These then produce just one kind of antibody called a monoclonal antibody (or M protein), as opposed to the various proteins that healthy cells normally produce.

Additionally, there are changes happening within a patient’s bone marrow microenvironment and immune system as the disease progresses from MGUS to smoldering multiple myeloma (SMM).

Diagnoses of MGUS are often made by chance, Bhutani explained, during investigation of other possible disorders using serum protein electrophoresis (SPEP), immunofixation (IFE) or free light chain assay (FLC) tests. And while mass spectrometry is a more sensitive method that can detect levels of monoclonal proteins at an even lower level in the blood, not every lab can perform this type of test, though Bhutani noted that in the coming years, she believes it may become a new standard.

Within MGUS, there are several subtypes of the disorder, Bhutani explained. Non-IgM MGUS accounts for 85% of cases and may progress to myeloma or solitary plasmacytoma or amyloid light-chain (AL) amyloidosis. IgM MGUS, which is more lymphoplasmacytic in nature, often progresses to Waldenstrom macroglobulinemia, or non-Hodgkin lymphoma, rarely to amyloidosis, and very rarely to IgM multiple myeloma. The final subtype, light-chain MGUS, may progress to a specific type of myeloma called free light chain multiple myeloma.

Bhutani discussed the rate of progression to smoldering multiple myeloma (SMM), the next step in progression to full multiple myeloma, and again stressed that not everyone with MGUS will progress. “In fact, only 20% of subjects over a period of 20 years would progress at a rate of 1% per year,” she explained. “And we don't precisely know exactly who is going to progress and at what time.”

MGUS can lead to other complications, including renal disease, an increased incidence of infections or bone fractures, osteoporosis, and neuropathy, Bhutani noted.

Bhutani explained that treatment of MGUS is not necessary unless a patient wishes to participate in a clinical trial, as there is currently no evidence that early treatment will improve outcomes.

MGUS will sometimes develop into SMM, Bhutani explained, which is diagnosed when certain criteria used to diagnose MGUS are exceeded. “This is an intermediate condition which is sandwiched between MGUS on one side and multiple myeloma on the other side,” she said. Citing data from the Mayo Clinic, Bhutani noted that the risk of progression from SMM to multiple myeloma is approximately 10% per year for the first five years, and then drops to 3% per year for the next five years. Beyond 10 years, the risk drops to around 1%, the same for a patient with MGUS.

There are two approaches for dealing with SMM, Bhutani said: preventive and curative. With a preventive approach, doctors simply try to prevent or delay the progression of SMM into clinically symptomatic disease, while those who opt for a curative philosophy believe that using all the different, more powerful therapies in the current treatment arsenal that is being examined in clinical trials right now, the disease can potentially be eradicated, or myeloma could even be cured.

Currently, the standard of care for SMM is similar to MGUS in that it involves periodic follow-up and monitoring. Individuals with low- or intermediate-risk disease do not need treatment unless they opt to participate in a clinical trial, while those with high-risk SMM are encouraged to participate in trials.

To conclude, Bhutani noted, there is some unpredictability about whether SMM will behave like MGUS or like early stage multiple myeloma, which raises a debate about whether SMM should even be considered a condition in the first place. “We know that definitions are changing,” she said.

“We're becoming more and more precise in defining the biomarkers that define progression,” Bhutani said. “And we ultimately hope that we’ll have a composite risk score based on disease burden, genomics, and immunologic criteria that will refine this disease definition such that there is MGUS that gets observed, and active multiple myeloma that gets definitive treatment, with nothing in between.” 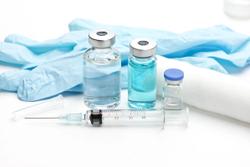 How Do Cancer Survivors Tiptoe into the World Again?