'I'm Not an Inspiration,' Says a Testicular Cancer Survivor

Words I use to describe myself include "survivor, activist, teacher, superhero geek and cat dad." Inspiration? Not a word in my top ten.

On Cancer Survivor Day 2018, I shared seven things I wanted people to know about my identity as a testicular cancer survivor. One of the first points was as follows:

"I don't want [my social media and blog posts] to be about me. To be frank, I don't feel like an inspiration or whatever word might come to mind. I may use my story as the narrative device, but it's the mission of men's health awareness that is important to me."

While that was quite literally the second thing in the message I was sharing, the first few Instagram comment was:

"Congratulations! You're an inspiration to many! I love your spirit!"

When I think of Justin, words that come to mind are "survivor, activist, teacher, superhero geek, cat dad, hardworking and determined" (not necessarily in that order).

I can see why I may be called this; I was diagnosed with testicular cancer at 25, after finding a lump on Lefty. I had chemotherapy to fight it for a few months until I finally achieved remission status in March 2017.

None of that seems inspirational to me. I did what my doctors always told me to do and took my health (and testicles) into my own hands every month. Even though I was a bit hesitant at first, I picked up a phone when I felt something amiss and called a doctor. No inspiration there - just following the rules.

Both my oncologist and urologist told me that testicular cancer was highly curable if I just did a few months of chemo. Chemotherapy definitely sucked (including developing a weakened immune system and losing both my hair and my lunch - literally), but it was the best (and really only) choice. Doing what keeps you alive doesn't really seem inspirational to me. It just seems obvious.

The other reason I may be praised is for openly sharing my journey throughout the way. Even though I am no longer in active treatment, I still write and post about my life, but it's now more focused on what we can do as a society to better the state of men's health and conversations around the topic.

Again, that doesn't seem inspirational to me. Men's health is criminally under discussed in society and I'm simply filling a need. I have the tools, the platform, and the ball(s) to shift this inequity.

Rather than commenting on a picture and saying that I'm an inspiration, take the time to tag your husband or boyfriend who needs to hear about the importance of men's health. Screenshot any of the numerous seemingly ordinary objects I have turned into testicular self-exam demonstration and text it to your son, brother, or father. Send the link to the self-exam page on A Ballsy Sense of Tumor to your uncles, nephews and male friends.

I promise I won't be offended that I miss out on a caption calling me inspirational yet again. In fact, I'll be downright tickled that you are helping a man better his health.

And for that, you'll be an inspiration to me. 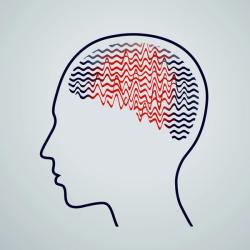